At one time or another we’ve all wanted to start a DJ business — or be part of one. Many of us pursued the dream on the side while working our “real jobs.”

I work at a marketing agency during the day, so DJing isn’t my full time job — yet. There are bills to pay, but the beat keeps calling.

I never had even thought about DJing as a possible career path — I wanted to be a producer so I did a lot of beat making — but once I started DJing weddings I fell in love with it.

Let me start from the beginning. A buddy who I did a lot of production with was also a DJ. In 2015 he told me about an opening for a wedding DJ at an event space he would spin at. He mentioned that it may be a good way to make some money because I just had a daughter, and was broke as a joke. Making $400 in a single night seemed like a win, when it would take me a little less than a week to make that at my day job at that time.

A friend mentioned that DJing may be a good way to make some money because I just had a daughter — and was broke as a joke.

So I started shadowing some of the venue’s DJs for a few months before I was able to do it on my own. In those few months I learned a lot. I already had a lot of microphone skills from my time as a producer — I used to do a lot of shows around town (I was a rapper for over 10 years and even opened up for 3 Six Mafia, Ying Yang Twins, and Young Buck when they performed in our town). So I knew microphone etiquette and I knew how to speak to groups because I taught martial arts for 6 years.

But I didn’t know how to play to the crowd to keep them dancing — nor how to speak with the brides.

I learned that every wedding is different so the trick is to not assume based on age how they will react to a certain type of music.

Over time I began developing my own style, hitting them right out of the gate with something strong like “Uptown Funk” or “24k Magic” (I don’t believe in starting slow to build the energy. The first song is the first impression, so I’ll play a song that I know everybody likes as my first song of the night and build from there — if you can win them with the first song it makes dialing in the music they really like pretty easy).

Read More: Are You Part-Time looking to start a DJ Business? Check out DJ Expo for the pathway.

As for dealing with brides: in the beginning when I encountered brides who were a little bit controlling I would get annoyed. I would never show it, but it would irritate me because I would have the mentality of “DJs do this all of the time, they’re professionals and this is your first wedding.”

But the more I was exposed to it I realized that they are not controlling because they want to be, but rather, they are scared or freaked out and the only way they know how to cope is to be in control.

So through watching these DJs and then doing more gigs on my own at this venue I learned to be more understanding and comforting and reassuring in those moments instead of feeling annoyed.

I realized that brides were controlling because they’re scared and the only way they know how to cope is to be in control.

I feel like I “get” brides more and that has helped. Connecting with brides is a feeling I never really got when I was active in production. It’s that connection that I fell in love with, and that’s why this is something I know I will be great at.

But as I continued to get more experience, I still lacked the qualities that a full-time business owner possessed: Namely, how do I differentiate myself from other wedding DJs? Luckily, I found some help.

Tony Lackie owns Northern Beat Entertainment in Northern Michigan. Stay tuned for the next installment in his journey to becoming a full-time DJ business owner where he seeks a mentor and unlocks the secrets that differentiate him from the competition. 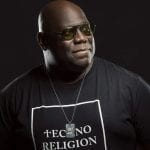 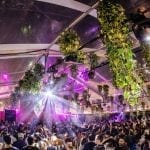