“What Would You Do” is written by Jam on Sound Productions’ Mike Kindlick, where each month he explores various situations, offering insight to solutions, condolences and empathy for some of the DJ/Entertainment Industry’s most pondering scenarios.

You’d be surprised how many DJs lack a plan for a laptop crash — or don’t carry a backup at all. Especially some of the newer DJs who think their Mac can’t possibly fail or they can’t afford a second laptop.

A fellow DJ contacted me with a situation he recently experienced that strikes stone-cold fear in many of us. While running a Sweet 16 party with about 100 guests, mostly teenagers, his laptop froze and everything came to a standstill.

A fellow DJ contacted me with a situation he recently experienced that strikes fear in many of us.

With panic mode setting in, he announced that he was having technical difficulties and would be back up and running as soon as possible. He stammered on the mic as he tried to reboot.

His laptop took about 20-30 minutes to reset and then the party proceeded. I know you must be cringing and asking — where was his backup gear?

There’s the rub: He had no backup gear.

Gear fails, even professional gear, so it’s our job as professionals to prepare for the unexpected. What would you do? Here are my recommendations:

Tip #1: It’s obvious — BE PREPARED, and carry with you as much backup gear as needed.
I’ve experienced several times where my main laptop running Virtual DJ software had glitched or caught a problem. But the crowd knew nothing, since within a second or two a song was ready to go on my secondary laptop.

As the saying goes, it’s better to over-prepare than to not be ready for a DJ laptop crash. Have peace of mind that you have more gear at every event than is ever probably needed.

It’s what separates the pros from the amateurs.

This is my take on the scenario, but only one person can decide how to handle the situation. So just ask yourself — “What Would You Do?”

Mike Kindlick is the owner of Jam On Sound Productions in Reading, Pennsylvania, and has been in business since 1994. 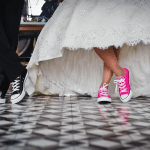 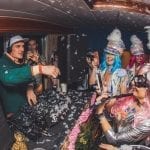 GRiZ Makes Night Bass Debut With “Could U”