Still buzzing off the release of the imprint’s Saved 15 compilation album and Fanciulli’s first release of 2020, the Grammy-nominated producer recently took the time to breakdown how his collaboration with Black Circle came together.

In addition to that, the UK native revealed his favorite studio plug-ins and shared a handful of tips for those up-and-coming DJs/producers looking to make their presence felt throughout the scene.

Considering Nic Fanciulli is quite the house and techno icon, this is some pretty useful information for anyone looking to break into the world of electronic music that you won’t be able to find anywhere else.

See how his Leap Of Faith EP came together, his list of go-to plug-ins and words of advice below.

Nic Fanciulli breaks down working with Black Circle for their Leap Of Faith EP:

“A while back, I was playing his track “Foolish”. I didn’t really know much about Black Circle, but he messaged me to say thanks for playing the record. We began talking and he sent me some music for the label. From there we became friends and discussed working on a collab. He started the EP and sent over some early versions to me. Both tracks went back and forth about 10 times until the project started sounding the way we wanted it to. Afterwards I began testing it out while on the road, as I do with everything I work on, gauging crowd reactions and fine tuning certain parts until we had the finished piece. All in all, I reckon it took about three to four months to finish the record.”

“The back and forth process sometimes works, sometimes it doesn’t. When you’ve got two people in the studio at the same time, you get creative restrictions. You have to be on the same wavelength, be on the same time scale and you both have to be in a creative mood. You also don’t want to offend the other person, but when you’re sending stuff back and forth you can just take out what you want without having to worry about what the other person feels at that moment. I also often work and record late, and sometimes on the plane while travelling. When you’re trying to produce a record together I find it’s nice to have that sort of scope where you don’t have to be in each other’s pockets.”

“The production my side was all through the computer and through plug-ins. The drums I used were the Behringer copy of the Roland 808, some people used these drums on records from the 70s but it sounded really good on the track, and then the rest of it was a lot of audio samples from his side.”

I recommend these three studio plug-ins below for any producers to use:

1. The Tal bassline 101 and Tal-UNO-LX are great cost effective plugin emulations of the Roland classics that sound close to the originals and simple to use.

2. Audio Damage – some great go-to plugins for all sorts of creative mangling and effects

3. Soundtoys 5 – they always have good deals on and you’ll get pro plugins with great results every time

Nic Fanciulli: The best tip I can give is to listen to your heroes and everyone that you aspire to be and take all the knowledge and sounds you learn from them and create your own sound from it. Otherwise you’re just going to be a carbon copy of the artists that you used to aspire to be. I would say to just get all the information you can, then learn and implement it but always make sure that you’re creating your sound signature because that’s what makes you stand out from everyone else.

As well, sometimes there’s that fine line between being too keen when knocking on someone’s door. If you’re too persistent and too pushy, it sometimes works against you.

Also, best to get one track and concentrate on that one track. Sometimes people send ten demos at a time and I don’t know what to do with them. There’s no reason you should send 10 demos. You should send one record to one label at a time.

DJ Times: Saved recently celebrated 15 years of the label at the end of last year, coming off the back of this could you share any upcoming plans for the label this year?

“We are going to come back with a nice double release, a collection series that we do featuring 15 tracks by upcoming producers. They will be tracks that we think could use a push up. Tracks which I have also been playing in my sets. Apart from that I am going to be releasing a lot more stuff on the label this year. Last year, I only released a couple of records. This year I have loads of new music I will be putting out.” 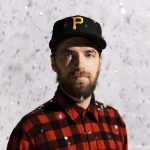 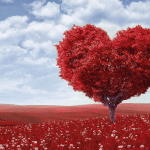