As we’ve learned over the years, GRiZ is a man of many talents. Whether it’s getting funky lighting up a room or festival stage with his saxophone, unleashing his fury with a lethal dose of dubstep or simply being as versatile as they come when it comes to production, GRiZ plays by his own rules.

Considering he’s not one to shy away from exploring a diverse array of sounds, today, the Detroit-born talent makes his debut on AC Slater‘s powerhouse label, Night Bass, with “Could U.”

Already quite the bass enthusiast, GRiZ serves up groovy tech-house tune fueled by a funky guitar progression and a booming bassline.

AC Slater shares the backstory on how “Could U” came together: “I was on FriendShip in my cabin getting some sleep when I heard house music pumping from one of the other cabins via the mobile DJ setup. It was REALLY good. My wife thought that it was possibly GRiZ DJing. The next day I got an email with the “Could U” demo from GRiZ. It was such a wild coincidence that we had just been talking about him, and I’ve never gotten a demo or email from him before. The song was FIRE, we couldn’t stop listening to it. I guess “Could U” was destined for Night Bass!”

Get the party started this weekend by checking out GRiZ‘s “Could U” below. 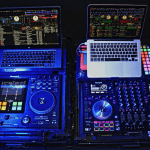 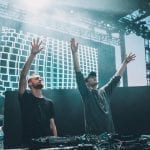