It is the DJ’s job to monitor both individual channels and master level on their mixer to make sure the meter is not hitting the red. A good DJ will ensure that they keep a consistent level throughout their set so not only their mix is not in the red but also their overall mix level is not fluctuating from one track to another.

But unfortunately, not all DJs do that.

Redlining is another term for clipping an audio signal or sending a “hot signal.” Clipping will result in deterioration of sound and it can cause distortion and also damage to equipment if there are no protections in the signal chain.

90% of professionally set-up sound systems in clubs, venues and festivals will have some kind of protection in place. The system will try to correct the clipping by limiting and compressing the signal. So clipping the signal won’t necessarily make the audio louder but it will start compressing and limiting — which will sound awful. 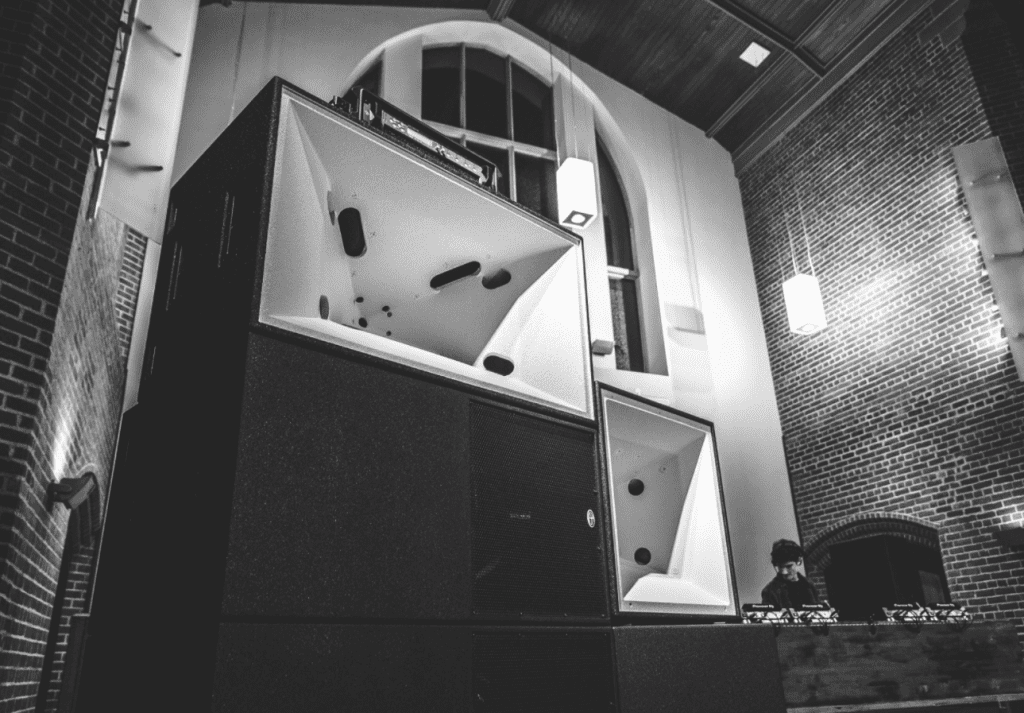 Alternatively, a sound technician or an automated device such as a “Leveliza” — which some clubs have started implementing to combat careless DJs — has to constantly correct the levels between the DJ mixer and the main PA.

Read More: It only takes one idea — win free passes and hotel stay for DJ Expo in August.

Now, to get more technical: music contains a series of sine waves across the audible frequency spectrum (20Hz -20KHz). Each musical note has a certain tone — for example A4 is normally 440 Hz. When any frequency or a combination of frequencies is pushed into the red, the sine wave starts getting flat at the apex of the wave instead of round — and that’s what deterioration and distortion looks like visually.

A sound technician has to constantly correct the levels between the DJ mixer and the main PA.

A good analogy for those of you who’ve driven a car with a manual gearbox is to think of it as an engine that’s rated for max 7000 RPM and you’re revving it to 7500 RPM without shifting to a higher gear or taking your foot off the pedal. The engine is going to scream and something is going to fail eventually if you keep doing that.

Almost all DJ mixers have either LED meters or VU meters that show the level of audio signal for individual channels, as well as the summation of all channels that are outputting signal, also known as master or program. Like I said — the DJ needs to monitor both individual channels and master level to make sure the meter is not hitting the red. Not only that, a good DJ will ensure that they keep a consistent level throughout their set so they’re not in the red and their overall mix level stays consistent from one track to another.

It is the DJ’s job to monitor both individual channels and master level to make sure the meter is not hitting the red.

That of course doesn’t mean turning up the gain or EQs or adding crazy effects when the track is in a break down. That’s one of the cringe-worthy bad habits that I’ve witnessed some DJs do. Music needs to breathe and have a dynamic range, which has already been compromised these days with modern mastering practices where everything is oversaturated compared to a couple decades ago. In my opinion, DJs who overdo effects and manipulation do a disservice to the music that was intended to sound a certain way by the producer who made that music. There is always a fine line between creativity and destroying the music.   There are many reasons for DJs red lining but I haven’t been able to pinpoint to a definitive pattern as to how frequently they do it or would likely to do it or wouldn’t. Let’s just say, they do it more often than not, unfortunately!

In my opinion, DJs who overdo effects and manipulation do a disservice to the music that was intended to sound a certain way by the producer who made that music.

I’ve had an entire festival line up of DJs who were older (with often more compromised hearing) and they all stayed out of red; and I’ve had much younger DJs who were really pushing things into clipping.

Here are some of the factors that contribute to DJ Redlining:

1. Lack of education and proper training

Most DJs, both inexperienced and some with 30+ years of experience, are self-taught. There is no degree or formal education for DJing. There are a lot of good sources out there to learn the craft properly but for most DJs they’ve picked up a lot of bad habits along the way and they haven’t been corrected or if they have, their egos and stubbornness prevents them from correcting those errors.

Sound technicians are too shy, polite, or don’t care enough to confront DJs who are redlining or mistreating the equipment — especially the bigger profile touring DJs with godly status. When a sound technician does confront the DJ, most club owners, managers and promoters don’t back the sound techs. You can have the best sound system and the best gear, but if the DJ is using it incorrectly or the music source is low quality mp3s or a scratched record, the sound technician can’t perform a miracle and make it sound better. The DJs are the first line of defense and in charge of the source.

You can have the best sound system and the best gear, but if the DJ is using it incorrectly, the sound technician can’t perform a miracle and make it sound better.

Don’t get me wrong — some of the DJs are very self-aware and concerned about their hearing health, but those are rare breeds.

Cueing is when the DJ is listening to the next track in their headphones and setting the Cue point (starting point of a track) or beat matching (syncing the tempo of the two tracks) before bringing the new track into the mix so everyone else can hear it. While the crowd only hears what comes out of the “Main” speakers, the DJ has to deal with 3 sources of sound:

Ideally the correct way to set the levels is as follows:

First step: DO NOT TOUCH the master volume in a club or festival situation — leave that to the sound tech to set it at the appropriate level, based on their strategy to do their gain staging. If you think the room is too quiet or too loud ask the house engineer to double check instead of messing with the master output. I really wish the standard club mixers came with a professional series line where there was no master volume knob accessible to the DJs or one that only the sound Engineer had access to, but unfortunately that’s not the case.

DO NOT TOUCH the master volume in a club or festival situation — leave that to the sound tech to set it at the appropriate level, based on their strategy to do their gain staging.

Second Step: Set the booth (monitor) level to – ∞ or off and slowly bring it up to the level that is just a notch louder than the main PA, so you’re masking the sound bleeding into the DJ booth from the main PA. You should do this step at the beginning of your set and when you’re taking over from another DJ (it’s called re-setting the booth).

If you’re the opening DJ, the main PA may not be as loud in the beginning and the house engineer might turn it up throughout the show, as the dancefloor starts to fill up, so you may have to increase your booth when you start hearing the main PA bleed into the booth.

It is also good practice to reset your booth every half hour, because the human ear starts getting tired — especially in louder than normal levels and DJs get ear fatigue after mixing for a while, assuming alcohol and substances aren’t a contributing factor to the overall ability of brain processing information. DJs start turning up their monitors and headphones little by little as a result of ear fatigue until they max it out and the monitoring system and the headphones have nowhere else to go, then they start pushing the gains into the red.

So reset your booth and headphones every half an hour and give your ears 30 seconds to a minute of rest and start bringing the level up slowly, you’ll find that when you couldn’t hear things at the volume knob being at 12 o’clock just 30 seconds ago, it becomes too loud and you can hear things perfectly at 8 o’clock! You will thank me later that night when your ears are not ringing.

Third Step: Set the level on your headphones. Most DJs make the mistake of setting their headphone level much louder than their booth level. That will only result in a battle between the headphone level and booth level; the correct practice is to try to set both levels at the same level. This may be a little difficult at first because the sound coming out of your monitor speakers and headphones are voiced differently, and also the monitors are slightly delayed due to their physical distance so one may be perceived louder even if they’re at the same level, but that’s usually not a major factor and could be achieved easily with some trial and error.

We can’t really blame this one on DJs but it’s a major issue in over 60% of DJ booths that I’ve ever played in or visited, especially in nightclubs. In any other industry this issue would’ve been addressed by some kind of health authority or if DJing was a unionized profession, but for whatever reason, everyone has turned a blind eye to this issue. Let me elaborate:

A good DJ booth needs a high level of isolation from the main sound system in order for the monitors to be at a comfortable and safe level without the DJ hearing the main system. Before saying the DJs need to be close to the crowd to have a close connection and feedback from the dancefloor, I agree 100%, but there are simple ways to do that and still isolate the booth enough so that DJs aren’t pushing the monitors and headphones into dangerous db levels (over 95 db).

A good DJ booth needs a high level of isolation from the main sound system in order for the monitors to be at a comfortable and safe level without the DJ hearing the main system.

When the sound system design fails to address that, DJs have no choice but to turn up the monitors and headphones too loud to mask the main system, or to wear earplugs. Wearing earplugs while DJing should be the last resort and is just a Band-Aid solution.

Even the best custom build molded earplugs don’t have a flat frequency response, and will compromise the overall experience for the DJ. The other issue is that when DJs start mixing with ear plugs they start pushing the system really loud and if the monitoring system is insufficient and does not have enough head room and gets maxed out, it results in DJs pushing the level in the red again.

One of my pet peeves is when I see DJs mixing with earplugs before testing the sound system and monitoring system to see whether they need ear plugs or it’s setup properly and they can mix at a comfortable level without needing ear plugs — hence my advice to always reset the booth and headphones before starting to mix.

A former club owner, Borzoo Mehrzad owns Ulloriaq, a firm in Toronto that specializes in producing parties and festivals as well as consultation for designing and operating venues, providing sound, back line, stage & set design, visuals, bar management and operation, admission, logistics, stage management and artist liaison and other related services for music festivals and pop up parties. 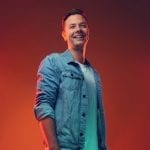 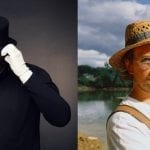