While there is certainly no shortage of talent in the world of dubstep these days, Oddprophet certainly isn’t one of the new kids on the block. The Welsh-raised producer has been making waves in the bass scene for four years now and had himself quite the breakout 2019 all thanks to his relentless style of production.

On the eve of his return to SKiSM’s Never Say Die Black Label with the release of his Optical Illusions EP, the dubstep maestro has taken the time to share a few of his essential tips when it comes to production to provide a little guidance for all the up-and-coming producers out there. If you’re looking to make your presence felt throughout the bass sense, these production pointers are sure to help get that ball rolling.

1. What is your unique selling point?
The world of dubstep is disorientating at it’s very least. Everyone and their grandmother is making music now with the improvement of technology. I hear so much music every day from the genre, I rarely get super impressed by a song that someone sends me (in contrast from five years ago when I didn’t know much about production). Everything sounds the same. Everyones copying each other. While I’m no saint of being heavily inspired, I like to believe unique sound design is the key into getting further in dubstep. If you get a recognizable sound that also resonates with a lot of people, you can be sure that you’ll make waves. Trvcy and Leotrix are fantastic examples of people who have done exactly that.

2. It is all in the mix
When a song sounds good and professional, it is 99% the mix and not the master. I have always preached that all you need on a master is a soft-clipper or a similar variant on the master. That’s it. Nothing else. YouTube has led many to believe that you should use X mastering rack or Y plugin to achieve the perfect song. You should make your song sound like you want it to sound with the appropriate gain staging, eq, and effects. You’ll be surprised how far you can push your song against a soft clipper and how it really doesn’t affect the quality that much. Many of your favourite producers aren’t bothering with mastering with fancy plugins anymore, especially for dubstep, you just don’t need all the bells and whistles.

3. Are you really done on a synth?
If you’ve made a synth and think it sounds great, first of all save it. Then open up a plugin that can directly record the audio from the synth, in FL Studio this would be Edison. Hit record and have a midi note play on loop and experiment with stuff so every time the note plays it records a different sound. This is how analogue sound designers using massive analogue synths record their sounds. At the end of five minutes, you might be nowhere where you started. But you have a bunch of sounds from everything in between. Some good, some bad perhaps. Choose the best ones and save them in a folder for later.

4. Simpler ideas, with complex sound design
The biggest songs of the last 2 years have always been the simplest in terms of overall rhythmic ideas. SVDDEN DEATH’S Bethemoth and Leotrix’s Hive Bounce encompass emphatic sound design with a distinct rhythm. It’s all about the repetition and dancibility of these tracks that make it so successful. They don’t tangent off into different synths or patterns too often, they have a strong core idea. This is why riddim does so well, it allows the audience to really enjoy what you made with that repetition. Some songs I’ve heard this year have enough ideas in them to facilitate two or three songs. It’s quality over quantity, but focus on one quality idea, not thirty.

5. Being inspired
You probably have writer’s block because you don’t have anything to stimulate or inspire you. Sure, you can write chords or a melody, but the easiest way is samples. Melodic samples are the best way to kick off your ideas. The idea for the title track in Optical Illusions came from an old monster movie. This easily set the tone for the rest of the song. Bootlegging another tune is another way to blast writer’s block, once you’re finished with the song, remove and replace the original track! 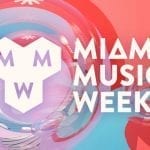 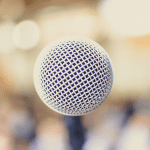