After unleashing her fury across North America with her good friend Zia, Sippy looks to ride that momentum well into the new year reuniting with her gal-pal to deliver their colossal collaboration, “Deviate.”

The Australian rising star has quickly become one of the hottest names in the world of bass music and is already quite the fan-favorite amongst the Deadbeats community. Keep in mind, that was a label launched by Zeds Dead so that speakers volumes in itself.

While Sippy is still a fresh face, “a new kid on the block” if you will, that surely going to change throughout 2020 with this pint-sized powerhouse poised to make her presence felt throughout the scene and certainly shows no signs of ever looking back.

Honing her craft at the revered ICON Collective Music Production school in Los Angeles and being the ultimate enthusiast when it comes to bone-rattling tunes, Sippy has opened the new decade on a mission and this train is just about ready to leave the station.

Taking the opportunity to pick her brain a bit, the promising producer recently took the time to hit rewind and introduce us to the tracks the molded her into the artist that she is today. These are the six tracks that ignited her passion for electronic music and I guess you could say the rest is history.

Blue Foundation – Eyes On Fire (Zeds Dead Remix) (2009) – “This was the track that introduced me to dubstep. It was the first dubstep tune I ever heard, I had it in my car mix CD and was OBSESSED! It was like nothing I had ever heard before – I loved that it was melodic and soothing whilst also having these wild bass sounds.”

DJ Fresh – Gold Dust (Flux Pavilion Remix) (2010) – “This track was my inspiration for Live That Way. I love the melodic, feel-good progression whilst still staying wildly heavy. The female vocal just makes me happy instantly and the long screech basses in the drop are super hype. It inspired me to create a completely melodic track.”

Deadmau5 – Ghosts ‘N Stuff (2008) – “This track was actually my inspiration for “Ghosts”. I loved how hype it was and tried to study the elements that made it so hype. Still such a big tune even to this day. I originally wrote “Ghosts” at 128bpm with the aim to create something that was truly hype track at a slower bpm (as Ghosts ‘N Stuff is). Eventually, I changed it from a house track to a dubstep tune.”

Benni Benassi – Cinema (Skrillex Remix) (2011) – “The original track by Benni Benassi is an absolute hit. I love the melodies with that beautiful topline. But I love how Skrillex created the tension in the drop, and I love that the drop itself is “singable”. Skrillex is one of my absolute idols – I think the way he created such accessible and catchy dubstep is incredible and has been a goal of mine as a bass music producer. Just hearing his drops that are so singable and catchy even though it’s all just wild sound design is a true talent in my eyes.”

Mt Eden – Sierra Leone (2011) – “This track had a similar impact on me that the Zeds Dead remix of Eyes on Fire had on me. And I was so glad I could find another track that gave me that same feeling. It’s almost hypnotic – these 2 tracks have both been influential in me creating my sound today.”

ShockOne – Chaos Theory (2012) – “I played this track in my first ever DJ set. This song will always hold a special place in my heart. I love the drama and suspense in this track. I always go back to reference this track – it reminds me of the excitement on nostalgia linked to the first time I ever played in front of a crowd.”

Enter for your chance to win a pair of tickets to see Sippy live down in Miami below! 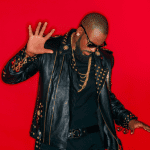 With R. Kelly Back in the News, DNP vs. Must-Play Convo Heats Up 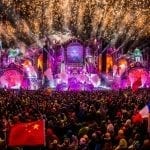