Detroit – Influential Motor City DJ/producer Mike Huckaby passed away on April 24, due to complications related to stroke and COVID-19. He was 54.

As a DJ and producer, Huckaby was known for his versatile approach – he was adept at making and spinning house and techno genres, often inflected with jazz elements. He began releasing recordings in 1995 – and his output, which included remixes for Loco Dice, Jazzanova, and Juan Atkins, was voluminous. An in-demand DJ, Huckaby played the most respected global venues – from his local TV Lounge to Berlin’s Panorama Bar.

Huckaby was also a local demonstration rep for Native Instruments and Ableton, and it was through that capacity that he began to work with YouthVille, a Detroit-based non-profit, teaching electronic-music production.

In her DJ Times cover story from September, 2014, fellow Detroiter Ashley Zlatopolsky described Huckaby’s musical approach: “His sound is melodic, but not in terms of vocals. Huckaby’s style is warm, emotional and welcoming; it creates an enticing feeling that hooks listeners from the very beginning, when the first deep grooves are absorbed and processed. Like Huckaby himself, his music is soulful and innovative.”

In the story, Huckaby described his YouthVille classes and his teaching approach for inner-city kids. “I’ve met some great kids coming out of the class. It’s interesting—they get to see the process in making some of their favorite beats by their favorite producers and how that process is deciphered. I try to break that down to them.

“I have equal satisfaction trying to show [the kids] house as well as hip hop,” he continued, “because I try to show them the rules and I also try to show them some of the famous producers from here and their methods of sampling and creating beats. I try to show them J Dilla’s style of beat-making or something, and how that plays into the Detroit heritage.”

Detroit native Matthew Chicoine, a longtime DJ/producer known as Recloose, offered a look at Huckaby’s legacy, especially as it relates to the music-rich Motor City. “Huck was one of the realest people I knew, especially when it came to music,” said Chicoine, who works as a Product Marketing Manager for Roland Corp. “He was always an educator and gatekeeper at heart, from his days running the Dance Room at Record Time [record shop] to his time running a DJ and production program at YouthVille. In many ways, he was the undersung heart and soul of the Detroit music scene, constantly pushing people to dig deeper.”

Peter Wohelski, a former label manager for Detroit’s Planet E, was another Huckaby colleague who echoed deep-felt memories. “Mike was literally one of the warmest, nicest, most-grounded people in this business,” said Wohelski, who now serves as Electronic Music Genre Specialist for Symphonic Distribution. “He always gave back so much to his community, consistently donating time to the family-services, non-profit organization YouthVille, teaching music production and inspiring the next generation of music makers from Detroit… not to mention, a wonderful artist and inspiring DJ. It’s an immense loss to Detroit as a person and to all of us as fans of his music. His passing leaves a considerable void. He will be deeply, deeply missed.”

“Mike Huckaby was one of the most important people in Detroit’s modern musical history. True influence. The Captain of the Ship….

“Eternally grateful for this man. The epitome of integrity. Principled. Incorruptible. The music was ALL THAT MATTERED…

“He was the Example! The greatest example of how to unapologetically be exactly who you are. Detroit to his core. I will never forget you.” 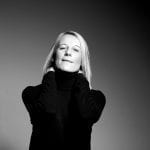 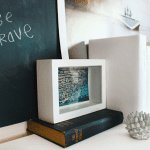 Time to Rethink Your DJ Business — Here are 11 Ways How