A lot can change in nine years. And if you listen to Amtrac’s much-loved 2011 debut, Came Along, and then his “follow-up album” – the recently released Oddyssey – you’ll certainly hear a few differences.

While much of the newer material leans more toward hooky indie-pop on cuts like “Accountable” and “Between the Lines,” his crisp productions still offer rich electronic soundscapes, deeply resonant rhythms, deft synth work, and a canny use of samples. And there are other tracks – like album opener, “Ethel” – that are less definable. But they propel a quirky, oddly affecting groove, and stick in your head all day. Ultimately, Oddyssey (Openers/RCA) is quite a ride.

We recently caught up with Amtrac – aka the Kentucky-born, L.A.-based Caleb Cornett – to discuss the making of the “difficult second album.”

DJ Times: How are you coping with the health crisis? What’s it like where you’re living?

Amtrac: I’m doing alright. I tend to lose track of time, though. It’s very calm and quiet here where I live, maybe a little too calm.

DJ Times: How are you using this sequestered time?

Amtrac: Just the regularly scheduled programming – “Exploring the World of Sound.” I’ve also learned that there is a so-called “king” of tigers.
DJ Times: What have you learned from the situation in general?

Amtrac: It’s been amazing to see the community come together to help others in need. It’s inspired me to look for ways to help. In this time, I think the internet is more important than ever, helping people stay connected and informed.

DJ Times: Any themed songs for this weird time?

DJ Times: How does a guy from Kentucky get turned onto electronic music?

Amtrac: I would have to give most of the credit to MTV, back when they actually played music videos. There was a program on late at night called “Subterranean,” where they played more obscure indie/rock/electronic. But the sound that I really discovered was from the likes of The Chemical Brothers, Moby, and The Prodigy.

Amtrac: It all varies, really. Lately, I’ve felt very inspired, so it’s been more natural. I don’t approach it the same way every time. But one method I use is waiting to add drums until later in the journey. I try to create a lush space beforehand. Also, I have to make music or I go a little crazy. 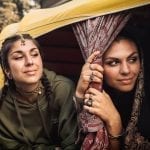 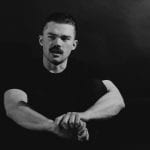