For many years, John Walter, father of Elite Entertainment’s Mike Walter, occupied a crucial role in the DJ Expo ecosystem: along with his wife Peg, he tabulated the results for the DJ Of the Year competition. Working diligently and tirelessly, the couple brought an earnestness and sobriety to the proceedings, lending an air of gravitas and validation to the career paths chosen by all of the attendees.

John Walter died this past weekend in New York City, from complications of the coronavirus.

“To Mike and his family, our deepest condolences on your loss,” said DJ Times’ editor-in-chief and DJ Expo coordinator Jim Tremayne. “Of course, we greatly appreciate all the time and effort your father put into the competition at DJ Expo. All the years that you helmed the competition helped put the Expo in a unique place and, with your parent’s help, that included some very memorable events on those Wednesday nights. For all this and more, your father will always be remembered by the DJ community.”

We asked John’s son Mike to explain the story behind the story.

“Here’s the story of how my parents became rockstars in the DJ Industry,” said Mike Walter.

“When I first took over the DJ of the Year Competition almost 20 years ago, one of the things I wanted to improve from the previous producer was the wait time between the last act and announcing the winner. To do that, I needed someone tabulating the votes in real time, as the competition was going on. It had to be someone who wasn’t in the industry (because they would want to watch) and someone who I could trust. I thought my Mom and Dad would be perfect and after explaining this zany idea to them, they agreed to give it a shot.

Year one, they drove down on that Wednesday, did the score keeping and then drove home the next day.

It was either the second or third year that they asked me if they could come down for the whole week. They wanted to watch me do my seminar and then also enjoy some of the evening activities. Of course, I said yes. Before long they became fixtures at The DJ Expo and so many DJs got to know them. I remember one year I was chatting with Steve Moody and went to introduce him to my folks and he said, “I know them already. Your dad and I play Lexulous all the time.” (BTW, I’ve never once played Lexulous with my Dad). And another time when Jeffrey Craig Siber called me a “cheap bastard” for not paying for their tickets to the Think Tank dinner. (I pay for their hotel room BTW so I don’t think I’m THAT cheap).

And then came the year I decided to stop producing the competition. I remember telling my Mom and Dad that this would the last year and they both said, “Can we keep coming to the show?” Of course, I said yes. And they did. They kept coming to the show. They’d always be at my seminars and at the evening activities and now that their adding duties were over they could actually enjoy the competition.

I hope there’s an Expo this year, but doing a seminar in AC without them in the room just wouldn’t be the same.

Lots of people have told me how fortunate I am to have had a loving father for so long in my life and believe me, I am well aware of that fact. Not everyone gets to their mid-50s and still has a dad they can go to games with and drink beers with and still call a friend. As sad as it is to lose him, I am grateful he was such a big part of my life for so long.” 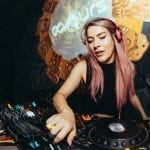 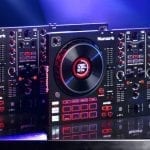