The teenage years are usually the time when one has the most impacting experiences with music. Discovering new artists and genres, sharing live music, having club and festival experiences with your friends – plus all the activities and rituals that go with it – are all part of it. Not the least of these are the playlists you curate to listen to while you’re getting ready, or on your way to a music event.

Liam Ivory and Chris Davids of Maribou State are not teenagers anymore, but they went deep into that time of their lives when putting together their mix compilation, fabric presents Maribou State. Ivory and Davids grew up in one London’s surrounding counties. During their teen years, they would take a train into town, then a subway to the fabric nightclub, specifically for drum-n-bass icon DJ Hype and his True Playaz Friday night party, circa 2005-2006.

“If you didn’t live in London, the only way to get back home was the 6 a.m. train,” remembers Davids. “When you’re 17-years-old, a £100 taxi is not possible. That meant we saw the nights out to finish. That, in itself, is massively influential. To see the night evolve, hear the journey of the sets right to the end, it definitely has its benefits.”

The guys from Maribou State didn’t get into the DJing game until after their first booking, learning the craft on the job. At that point, they had their sets planned down to the second, and Davids brought a desk lamp along to ensure he could see all the buttons on the mixer, as he did not have much practice behind the decks yet.

Now, they’re very comfortable with a two Pioneer CDJs and all of the brand’s mixers. Says Davids, “We’ve never really owned our own decks. Any time new equipment comes out, we discover it when we play and we figure it out as we’re DJing. When we did our first Boiler Room with Fatboy Slim, we got confronted with a spaceship of a mixing desk and we were figuring it out while we were mixing the set.”

Both their time on the dancefloor and behind the decks have been put to good use on fabric presents Maribou State. The mix starts chiming and sweet, with the atmospheric elements of people talking and train wheels clacking in the background. This gives away to soothing, vocal-driven numbers (like as Nick Hakim’s “Cuffed”) suited to getting ready for a night out. It imperceptibly shifts to a classic disco vibe with dangerously funky basslines and glitter-drenched beats with Risco Connection’s “Ain’t No Stopping Us Now” and Kiki Gyan’s “Disco Dancer.” The mix even gives a nod to their d-n-b punter experiences. It isn’t until about three-quarters of the way through with Long Island Sound’s “I Still Love You” that a more conventionally club-focused selection is heard. The duo’s own original tracks, “Mother” and “Strange Habits,” and its remix of Radiohead’s “Reckoner” signal the closing out of the mix.

“The approach to the mix was the story of us going to fabric when we were younger, playing on the moments before and the feelings of traveling there,” explains Ivory who, armed with a field recorder, retraced Maribou State’s steps from their early trips to the club. He has captured sounds of the subway, walking from the station, getting into the club, and going from room to room – all are heard on fabric presents Maribou State, giving the mix a unique authenticity.

In addition, fabric furnished Maribou State with archives of DJ Hype’s night from that era. They pulled out the MCs’ chats, which they have peppered through the mix. These, along with all the other elements – field recordings and studio tracks – are processed through a Moog Matriarch synth with an analog delay, which pulls the collection together, giving it a similar tone. After all the pieces went through this process, Ivory and Davids mixed the compilation in Ableton Live.

“When we started making this mix, it was difficult for us to make something that was fully cohesive stretching through all these genres,” says Davids. “We thought of little things we could do to tie everything together, like a keyboard across the mix. At the start of the mix, it slowly filters out through the Moog, then there are delays, and some of our tracks are running through the distorted lo-fi sound.”

Adds Ivory: “We wanted it to be a mix that would stand the test of time. Approaching it in a different way rather than beat-matching track after track, trying to make the mix have more character, more depth in terms of the media that’s in it, having music in there that is more home listening rather than all banging club tracks, and showing the eclecticism of our music taste, that’s the way we could make it truly work outside the walls of fabric.” 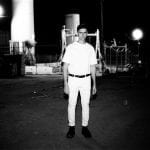 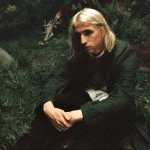