At the Winter NAMM show this past January, as DJ Times editor Jim Tremayne and I were making our way from appointment to appointment to see what was new, there was one stop I was particularly looking forward to: Waves Audio. I’d gotten the press information for their latest plug-in prior to the show, and to be honest, I was fairly excited to kick the tires on the software.

Waves has been producing music software for nearly three decades now, having been founded clear back in 1992. With its roots in Israel today, Waves has offices in five countries around the globe. And while perhaps best known for its effects and mastering plug-ins, the company has a growing line of offerings that take it well beyond the EQs, reverbs and other tools most people associate with the brand.

One of those more recent offerings is the OVox Vocal ReSynthesisplug-in. If you’re familiar with classic vocoder or talkbox effects, then you get the general idea. But OVox goes well beyond these familiar vocal morphing capabilities to deliver myriad sound transformations. The demo on the NAMM show floor put a smile on my face, and I couldn’t wait to put my hands on the plug-in myself.

The Basics: OVox is designed to take an audio source — typically the human voice, whether spoken or sung — then use it to modulate a synthesizer. The result is a sound that tracks the source and can retain many of its basic characteristics. But OVox brings more to the table. First, you can add in pitch correction in the style of Auto-Tune, along with leveraging features that let you create rich harmonizations.

OVox is useful for music producers, but its value extends to other types of production, including cinematic audio processing. Have a need to create an alien voice for a new sci-fi movie, for example? OVox is your tool for such adventures as well.

How It Works: Waves refers to the techniques used by OVox as Organic ReSynthesis, or ORS. The entire process begins with the incoming signal. OVox detects the incoming notes, whatever the source, and allows them to be mapped to one or more other notes (for harmonization and chord construction), and after mapping, processes those notes. OVox includes twin processing units — OVox 1 and OVox 2. Each of them includes an oscillator, along with a noise generator, formant filter and various controls.

As you likely know, formants are generally defined as the characteristic components of speech, independent of pitch. The formant filter in OVox, therefore, analyzes the formants in the source, creating a filter that is subsequently applied to the carrier signal of the software’s synthesizer, modulating it. When you apply the amplitude of the original signal to the carrier, you get a result that’s essentially the same as classic vocoding. You can also dial that element back, revealing more of the synth’s carrier, allowing you to explore other types of sound manipulation and a wide range of sound design possibilities.

But moreover, the bigger picture here is that any of the core elements of the input — amplitude, pitch or formant — can be used as modulation sources across a wide range of sound generation and shaping controls. Because of this approach and its flexibility, the palette of possibilities here is impressive.

In addition to the amplitude, pitch and formant, there are four independent modulators that each have their own LFO and sequence-based modulation capabilities. Like the input-based modulators, they can be dragged and dropped to virtually any parameter as well. There are also a pair of independent ADSR envelope modulators, and they too can be dragged and dropped to parameters throughout the software. Of course, EQ and effects are on-board as well for further shaping and control options.

Considering that I did mention formants a moment ago, it’s worth mentioning that OVox is intended primarily to be applied to vocals. However, it’s definitely not limited to that; you can patch-in OVox on synth tracks, string instruments like guitars and basses, and even with source material like live beatboxing, for some very interesting results. 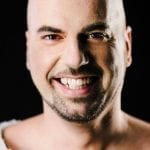 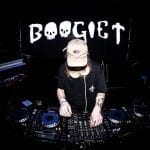