Welcome to the June edition of “Behind the Wedding Music,” a resource to help build wedding playlists for DJs. Each month we highlight new songs and include a line of song lyrics, a description of the song’s emotional profile and a few fun facts — designed to help you advise a bride or groom if they’re looking for something fresh in their playlist.

A romantic song to enjoy while in quarantine but you can also enjoy a romantic moment during your reception.

Notable Lyrics: “That’s why I only want you to love (You to love), I don’t want nobody else”

Facts: Ne-Yo partnered with Postmates to support healthcare workers caring for COVID-19 patients. On the release day of the single, nurses in the ICU at Emory Medical Center in Atlanta received meals from Subway thanks to Ne-Yo, Postmates and Feed Hero Nurses.

As DJs, we are always looking for new dance songs that will be bangers. The original can be a background song or a remix could fill the dance floor.

Notable Lyrics: “Dance with me, Play that song like baby, one, two, three, Come here close and gimme your body”

Many wedding couples look for acoustic versions to popular uptempo love songs. Niall Horan did the hard work for us!

Notable Lyrics: “There’ll never be another, I promise that I’ll love you for the rest of my life”

Facts: I have to start with Horan being a former member of One Direction. Horan played “Black And White” during the One World: Together At Home event that supported frontline healthcare workers.

The song was a romantic love song when first introduced but was transformed into a perfect wedding song.

Notable Lyrics: “Since I met you I, I always know right where I’m headed, No doubt in my mind”

Facts: The song was the winning song chosen on the TV show Songland by songwriter Griffen Palmer. The video showcased the FGL frontmen, Tyler Hubbard and Brian Kelley, inside of their own home studios. The song is featured on their latest album of 6 songs appropriately titled 6-Pack.

With the recent events caused by the COVID-19, many have focused on what really matters most and how lucky some of us are and who loves us.

Notable Lyrics: “Yeah I’m lucky I know it’s true, But I feel the luckiest to be loved by you”

The song describes a love that turns your world around and how love changes everything.

Notable Lyrics: “Love, will turn your world around, And that world will last forever”

Facts: The song was reinterpreted from the original composed by Andrew Lloyd Webber for the musical Aspects of Love. The song was also produced in London with a live string quartet.

If you are looking for a new banger, “X” is a catchy dance-pop combined with flairs of Latin-alt rumba.

Notable Lyrics: “If you play it right, you can be that someone, Yeah, that someone who, Won’t leave me lonely tonight”

A song that speaks of the times and self isolation. You will enjoy a story of always being there for your loved one no matter what.

Facts: Platt was a guest artist on the TV show Songland on the June 8, 2020 episode. Six songs on his latest album Sing To Me Instead (Deluxe) were recorded live at Radio City Music Hall.

We never know what we have until we lose it. You must take each day as its own and enjoy it like it’s the last. That is what the song portrays.

Notable Lyrics: “Promise that you’ll love me, Love me like you’ll never see me again”

Facts: The song was first released by Alicia Keys as “Like You’ll Never See Me Again” in 2007 on the album As I Am. Banks has performed at Lollapalooza, SXSW, Austin City Limits, and Coachella. Keep an eye out on this rising star.

The song was released as a tribute to the late Kenny Rogers. The song makes for a great anniversary dance, aka longevity dance, song for country and pop fans.

Notable Lyrics: “And I’m so glad I’ve stayed, right here with you, Through the years

Facts: “Through The Years” was first released by Kenny Rogers in 1981 on the album Share Your Love. The proceeds of the songs are going to A Benefit For MusiCares charity. 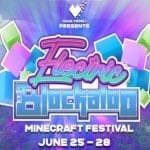 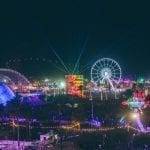 Coachella 2020 Canceled Due to COVID-19 Concerns