Welcome to the July edition of “Behind the Wedding Music,” a resource to help build wedding playlists for DJs. Each month we will highlight new songs and include a line of song lyrics, a description of the song’s emotional profile, and a few fun facts — designed to help you advise a wedding couple if they’re looking for something fresh in their playlist.

Here are a few new songs released in the last month:

The song was inspired by creating a song that exhibits the love that can be shared between a couple.

Notable Lyrics: “Said I’m hopelessly in love with you”

Fun Facts: Check out his other recently released R&B chart hit “MOON”. In early 2020, J. Brown was a guest on the Elle Varner Ellevation Tour. Look for him to continue touring soon!

The song shares how a lover will always be there for their loved one through thick and thin.

Notable Lyrics: “I’d Die for you, I’ll always be by your side”

Fun Facts: The song was featured on the Showtime drama TV show The Chi. There were no plans to release the song as a single but fans of the show expressed a huge interest in the song.

Wilson has had a career of celebrating women and this song is no different. The song should describe the way a husband feels about his new bride on their wedding day.

Notable Lyrics: “You can have everything you’ve ever seen but Ain’t no woman like the one I got”

Fun Facts: The song’s hook borrows from “Ain’t No Woman Like the One I Got,” a single released by the Four Tops in 1972. Wilson has 11 Number One hits on the Adult R&B chart. He is utilizing his time during the pandemic to produce a new song every few days. Look for more great love songs soon.

The song tells a love story of a relationship and going through tough times. But in the end, they make it because they love each other.

Fun Facts: Ray not only produced his new album, Monovision, himself but also all of the instrumentation. Ray’s biggest message on his new album is finding comfort and reassurance in the simpler things and in loved ones.

No, this is not a cover of song released in the film Swing Time in 1936. However, she does reference the most popular imitation in the song – “You remind me of a Frank Sinatra song”

Notable Lyrics: The way you look tonight, It’s got me searching your eyes and looking for words that I can’t find”

Fun Facts: For the past two years, Townes has been on tour with Miranda Lambert, Little Big Town, and Dierks Bentley. She is originally from Alberta, Canada but is living in Nashville until she can get on the road again.

A special dedication song from a Dad to his daughter. This song would make for a special father-daughter dance song.

Notable Lyrics: “In my wildest dreams I’d never’ve guessed, I’d be the one holdin’ the prettiest girl in the world”

Facts: Logan wrote this song with his friend Blake Chaffin right after Jill and Logan found out they were going to have a baby girl. Logan has been on tour with Country stars Eric Church, Dierks Bentley, and Lady A.

A waltz is a ballroom dance that couples can choose for their choreographed first dance. This song fits perfectly as a waltz wedding song that appreciates Dylan’s music style.

Notable Lyrics: “No one ever told me, it’s just something I knew, I’ve made up my mind to give myself to you”

Fun Facts: Bob is now 79 and released his first album in 1962. Bob’s new album, “Rough and Rowdy Ways” covers many topics such as love longings, patriotic passion, a reflection of yesteryear, and spiritual contentment.

The song describes a heartfelt tribute to a father’s unconditional love for his daughter. Another great father-daughter dance song selection.

Notable Lyrics: “On your wedding night, I’ll raise a toast, Hope he understands, I’ll always be the man who loves you the most”

Fun Facts: Zac surprised a bride and her father with a sweet serenade during her virtual wedding on John Krasinski’s Some Good News YouTube show. Zac can relate to his own song because he has four daughters.

The lyrics tell a story of love felt by two people separated by distance but they hold on to the belief that their love will eventually reunite them.

Notable Lyrics: “Somewhere out there beneath the pale moonlight, Someone’s thinking of me and loving me tonight”

Fun Facts: The song was first released from the animated movie An American Tale in 1999 by James Ingram and Linda Ronstadt in the closing film credits. The daddy-daughter duo went viral and was featured on the Kelly Clarkson Show and Good Morning America.

Line dance songs can explode at any time. Just ask Drake about his hit “Toosie Slide”. The song describes the moves so that you can keep track of the steps.

Notable Lyrics: “Let me see ya slide back now, Clap in the middle, yeah”

Facts: Eric not only writes and produces his own music, but he also has co-written for Usher, Chris Brown and Justin Bieber; in which Eric won a Grammy nomination for best R&B album back in 2011. His latest album, Optimistic Music, just topped the Billboard R&B Album chart. 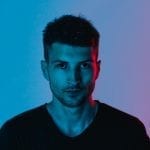 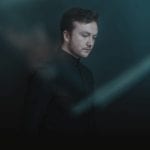