Like many entertainers and owners of companies in Pennsylvania, Scott J. Goldoor of Signature DJs says the pandemic has been extremely difficult for those in his home state.

“The three stages of re-opening are red, yellow and green, much like a traffic light,” he explains. “The southeastern part of the state, which is where we’re located, just went to the green and final phase—basically allowing all businesses to re-open.

“The exception here is in the center city Philadelphia, where they retracted the opening of this green phase because of the recent spike and the increase in cases. They’re now targeting August 1 for this phase.”

In regard to performing, Scott says they’ve seen some signs of life.

“We’ve recently booked a few pool parties, plus a couple smaller outdoor patio events for a couple dozen people here. We’ve also had a few more weddings scheduled for the end of this month. Most of these are at bed & breakfast locations, with outdoor pavilions, tents and the like, which lend themselves toward spreading people out.

“But most of the weddings that had scheduled are postponing until later this year, with 2021 plus at least a few other events into 2022.”

He claims Signature DJs has had over 100 weddings reschedule so far, and fortunately had only those four or five weddings cancel altogether.

“As for the mask protocols—having us enforce or make these untimely announcements—I don’t feel it’s solely our responsibility. But it’s important to work together with our venues, country clubs, hotels, etc., to ensure safety is of paramount importance and comes first.”

Over in Citrus Heights, California, the owner of Function 45 Event Entertainment proudly says they’ve been in business for over 25 years. And as the owner and lead MC/DJ admits, he’s seeing no changes in the industry like they’re seeing now.

“In order to stay on the move and stay in business, we have to be chameleon-like,” explains owner Steve Schon. “We’re dealing with all the changes (like the no-dancing rule) by engaging guests in more inter-activities, a bit more storytelling plus taking musical requests from afar with www.PlayYourSong.com.

“But here in California, we also encourage couples to consider private estate and backyards, where the rules are more relaxed. The venues are the ones doing the cancellations, as they’re now being threatened with fines if they don’t comply.

So far, out of the five wedding receptions he’s done since March, fortunately none of them have actually word masks the entire time.

“Do I think it’s up to a DJ to enforce that rule? I don’t, but I’m also a team player,” Schon says. “But if my client feels it’s absolutely important, I’ll do what I can to encourage it. This could stressful enough for each of our couples.

“I encourage everyone to do their best to tuck your pride, and leave everyone feeling a little bit better than when you found them.” 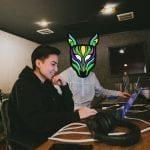 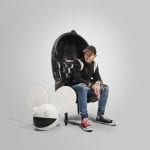