Though he’s already tasted plenty of international success, Brazilian DJ/artist Bruno Martini remains poised to take his career to the next level, pandemic be damned. After all, since he was a teenager, the 27-year-old talent has seen nothing but incremental success – so why stop now?

After achieving national notoriety at 19 in the pop duo, College 11, Martini broke out solo as an EDM-leaning producer and DJ in 2016. “Hear Me Now,” his hit debut collab with Alok featuring Zeeba, rang up nearly 500 million streams and catchy follow-up singles like “Road,” “Sun Goes Down” and “Living on the Outside,” all reached gold or platinum status. He also hit the festival circuit, playing mainstages from South America to Europe.

As latest single, “Bend the Knee,” a bright, poppy collab with Timbaland featuring Iza, was making plenty of waves and we neared the release of his debut solo album, Original (Universal Music), Bruno Martini connected with DJ Times.

DJ Times: Where did you spend most of the pandemic?

Bruno Martini: I spent most of the time inside my studio here in Sao Paulo, Brazil. I’m lucky that it’s super-close to where I live. I’m really enjoying spending some time on my own here, creating new sounds and trying to find myself in music. Still a long way to go, but I can say I needed this time. I also spent more time with my family.

DJ Times: Tell me about recording this new album, Original.

Martini: I’ve been working on this for two years already. I recorded all over the world, but, of course, most of the records were recorded in my own studio. I started this project when I met Timbaland in Los Angeles. We recorded in a studio called Westlake Studios, and it was a huge experience in learning and creating music with this icon. I also recorded some in Holland.

DJ Times: Why an album now?

Martini: I did a lot of collaborations since I started my solo project. I’ve been a working professional in the music industry for almost 11 years already. I started when I was 16-years old working for Disney [in a duo with Mayra Arduini called College 11, which recorded for Disney Records]. I’m grateful for all the opportunities I had in my life, but I feel it was time to show people what Bruno likes to hear, what are my influences in music, what I listen to. Before Disney, I used to have a rock band in school with friends. So, I can say that finally I can show people who I am. I had great moments in my career already, got some worldwide hits like “Hear Me Now,” but this is the most important thing I’ve ever done. That’s how excited I am with this project.

DJ Times: The single, “Bend the Knee,” got off to a good start. Tell us about that collab with Timbaland and Iza.

Martini: I still can’t believe I got to do some records with the king, Timbaland – he’s my idol. His music inspired me since I started and made me fall in love with music. Being able to work with him is a huge blessing. I wrote this song with Mayra – she’s my writing partner in Brazil and she actually cut the vocals on the first version we did. Timbaland and me were in the studio having a lot of fun doing this one. We actually worked with one more producer, Angel Lopez. It was us three at Westlake Studios. We had so much fun that, when I came back to my country, I knew it was a special song.

DJ Times: What was behind the choice to have Iza as the vocalist?

Martini: So I wanted to have a power voice and also a voice that means a lot for Brazil. The first artist that came to my mind… it was Iza. Also, because the lyrics of “Bend The Knee” talks about women’s empowerment in an easy way, it had to be her on the record. I showed her the project, she fell in love and cut the vocals for “Bend The Knee” and another song that is coming out soon.

DJ Times: What got you started DJing?

Martini: My dad works with music in Brazil – he’s also a musician. He’s always been involved in the electronic scene and I was surrounded with artists and DJs. I think it was a normal process. It happened naturally. First time I touched vinyl was at my dad’s studio and I was 15-years old. I totally fell in love. I listened to everything. My first instrument was the guitar, so I started playing rock-n-roll. I used to listen to Deep Purple and Led Zeppelin. Then, I had my first contact with electronic music through Kraftwerk. I can go from Deep Purple to Jay-Z and Daft Punk. I just love music, in general, but my biggest inspiration comes from rock, hip hop and electronic music.

DJ Times: What was your first DJ set-up? What do you use now?

Martini: Dad used to have a lot of vinyls at his studio – so my first contact was with vinyl. But when I fell in love with electronic music, I learned DJing with a Pioneer CDJ because that what we had at his studio. I don’t remember exactly what CDJ it was, but it was one of the first ones. For live shows now, I use the Pioneer DJ gear, like the CDJ-2000NXS2. I also use rekordbox for preparing my music. Most of my edits and mash-ups I make on [Avid] Pro Tools.

Martini: I really like the sound of CamelPhat now. I like the melody and progressive chorus. I think it really gets you.

Martini: I use Pro Tools to produce. I use [reFX] Nexus, [Native Instruments] Kontakt, [Vengeance-Sound] Avenger, [LennarDigital] Sylenth, [Xfer Records] Serum. It depends on the music I’m producing. I also produce and write songs for different artists in Brazil, different genres. I have a guitar collection in my studio. But, I’ve also been using the CLA Guitars plug-in from Waves a lot for my guitar sounds.

DJ Times: What’s the process? How do you work?

Martini: Usually, I record all the instruments in my music, acoustic guitars, pianos, bass, etc., and I also like to be with the artist when we are working on some music. I’m always looking for new stuff, new sounds, new sample packs, new plug-ins, etc. I really enjoy the studio vibe and the moments and the atmosphere that is created when we are working on something… especially if the energy matches. I’m an energy guy, if I feel it, I’m down!

Martini: We, of course, love progressive house, melodic house, and techno. Tech-house is hot in Brazil now, but Brazil created his own sound back in a day and still super-hot. The sound is called “Brazilian Bass” and it’s all about the sounds of the bass. Brazilian people really like the tight beat with an amazing bassline on it and sometimes with a tropical flavor in it.

DJ Times: For you, what’s the most rewarding aspect in DJing?

Martini: The fun thing about DJing is that you’re always traveling to different places because music talks to everybody. Saying that, you’re able to meet different people and different types of culture. It’s funny to see that every show is a different one and it always surprises me. I still get goosebumps before the shows. 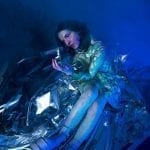 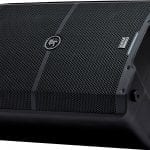