Welcome to the October 2020 edition of “Behind the Wedding Music,” a resource to help build wedding playlists for DJs. Each month we highlight new songs and include a line of song lyrics, a description of the song’s emotional profile, and a few fun facts — designed to help you advise a wedding couple if they’re looking for something fresh in their playlist.

In 2018, Doleac was named on Pandora Radio’s “Artists to Watch” and Rolling Stone Country’s “New Country Artist You Need to Know.”

Notable Lyrics: “I’ll always want another dance, Another chance to hold your hand, Yeah, from the second that we fell into each other, Knew I was never gonna ever wanna, Never ever gonna want another”

If you are looking for a two-step first dance song, this is the song that every wedding couple would love to have as their own.

Notable Lyrics: “You and me together, Spinnin’ like a record, Let me sweep you off your feet, Darling won’t you dance”

Fun Facts: Moon has written five No. 1 hits for Zac Brown Band: “Loving You Easy,” “Homegrown,” “Beautiful Drug,” “Keep Me In Mind,” and “Heavy Is The Head.”

The song conveys a hopeful message of a brighter future.

Notable Lyrics: “Dancing together, Ain’t nothing that could be better, Tomorrow don’t matter, We’ll make the night last forever”

Fun Facts: The song debuted on The Zoe Ball Breakfast Show in the United Kingdom. The song is in the disco genre and will make you want to dance.

The song tells a story of a longing and love in a broken world.

Notable Lyrics: “A stitch in time, Then we recombine, The way it was, Well, dust to dust, Has led us here to collide”

The song sings a message of how Justin’s relationship with his wife makes him feel closer to God.

Fun Facts: Justin and Hailey started dating in June 2018 after reuniting at a Christian conference, got engaged in July 2018, and married in September 2018. The video broke the record of Bieber’s most-viewed video on his Vevo channel in 24 hours with 13 million views.

Notable Lyrics: “It’s been a while, I’ve missed that smile on your face, You’re in and out, But you’re not easily replaced”

Fun Facts: Earlier this year, Gatie gained recognition with his debut song “”If I Fall In Love”. “Welcome Back” is his first ever song collaboration.

The song was first released in 2006 by Corinne Bailey Rae. The song peaked at number 64 on the Billboard Hot 100. Ritt’s name is a play on the Utah Senator’s name Mitt Romney.

Notable Lyrics: “Girl, put your records on, Tell me your favorite song, You go ahead, let your hair down”

The song is a tribute to his wife who has eyes the color of blueberry. Now you can play “Watermelon Sugar” and “Blueberry Eyes”.

Notable Lyrics: “I’m running through my dreams to see you in the light, ‘Cause I get so lost in, Your blueberry eyes”

Fun Facts: MAX is a former star on the Nickelodeon show “How to Rock”. Just as we mentioned about the video “17” from Pink Sweat$ featuring the color pink, the video for “Blueberry Eyes” features the color blue.

Typically I focus on songs to highlight a wedding day. However, this song in particular speaks about the days leading up to the wedding and wanting to spend every day together forever.

Notable Lyrics: “But I can’t quit counting down the minutes, ‘Cause every one without you in it’s too long, Even though I know I’ll see you tomorrow”

The song was produced by Timberland. It is a smooth song with Chance The Rapper performing the chorus and Ludacris’ melodic flow.

Notable Lyrics: “I’m spaced out but I’m readin’ the signs, And when the stars align, you’re my beautiful constellation”

Fun Facts: The song debuted during a ‘Verzuz’ Ludacris and Nelly battle. Ludacris also hinted at a future release of an entire project with Usher and Lil Jon.

The song speaks of putting your faith in God and His goodness overcomes everything.

Fun Facts: It is the first time in Jeremy and Adrienne’s 16-year marriage, and two decades each as artists, that the couple has ever released a song as a duo. The movie I Still Believe about Steve’s life was released March 13, 2020. 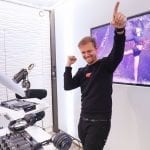 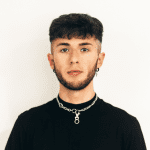