Saint Punk is a rising star in the bass house scene that is choosing to go his own way. Innovating within his own subgenre that he calls “grunge house,” he released eight singles in 2020 alone, including “Brake,” his collaboration with BROHUG on Armada Music. Saint Punk also produced an official remix for grandson, and he dropped a remix pack on his own imprint label Graffitti Records. Clearly, he’s slowing down for no one — not even the pandemic.

Saint Punk’s latest single “It’s Alright (Not)” is out today on STMPD RCRDS, and — surprise! — it’s another floor-destroyer. We managed to catch up with Saint Punk this morning to talk about grunge house, activism, music production, DJing livestreams, and how producers and DJs can adapt during the pandemic. Click play and read on.

How would you describe the grunge house genre to a new fan?
It’s kind of like if Nine Inch Nails and Malaa had a baby, and that baby grew up listening to The Used (the John Feldman days).

Your latest single “It’s Alright (Not)” came out today, and the title sounds like you might have something to say about the pandemic. What’s the message for fans?
It’s a really hard time right now. The title is kind of tongue in cheek, trying to have fun with it. The only thing we can all do is stay strong and remember why we’re social distancing and quarantining, even if we’re not the ones who could be at the most risk. It’s important to be as selfless as possible.

Speaking of the pandemic, are you doing anything differently now with regard to your music? Have you learned any new tricks, trades, or hobbies in the downtime? We know you’re a staunch supporter of the “do it yourself” work ethic.
I’m always trying new stuff, but one thing that I did learn is that I don’t really need to use outboard gear. I got a couple pieces (SSL Fusion, Warm Audio Bus Compressor) and after a week I was like, huh, I don’t really need this stuff. There’s no doubt analog has a sound, and it’s great, but for the workflow and recall, plugins will do just fine, especially UAD.

Did you lose any important gigs or other notable, income-producing work when the pandemic hit?
Yes, definitely. I had some potential shows/tours coming up. I do some sync work as well and that got hit big time once productions started ending.

We understand your song “Fight” was inspired by your reaction to the inequality of civil rights across the U.S.A. that sparked the Black Lives Matter movement. Can you elaborate?
This year has been eye opening in every aspect. I’ve always been one to put my frustration and energy into music and art, but I also realized that I do have a platform to influence minds, and whatever that reach may be, it all helps push us forward in this civilization we’re living in. So I will continue to support the Black community and every Person Of Color, and speak out against racism and injustices that lead to the events we’ve seen, not only this year but for decades before.

By our count, “It’s Alright (Not)” marks your eighth single released in 2020! That’s very impressive. How many more songs are you planning on dropping in 2020, and what’s 2021 look like for your release schedule?
Releasing music is definitely one thing the pandemic can’t keep down. I’m planning on releasing a couple more before the end of the year, and 2021 might bring an album…

We understand you used to perform in rock bands and that seems to play an influence on your sound now. What instruments did you play, and can you elaborate further on those experiences?
Yes, I was the singer, and it was a lot of fun. We toured a bunch, worked with a lot of great people in the industry, and really tried to hone our craft. That’s really what got me into producing. I started making the bands demos in Pro Tools, and once we went our separate ways, I had that knowledge to continue my own thing.

The vocals on many of your songs conjure up memories of rock music, including metal, post-hardcore, and other influences. Do you perform the vocals on your songs?
I do a fair share of the vocals. “Menace,” “Molotov Cocktail,” and “Guttah” were all me, with lots of others in the works. I also make sounds from my voice as well. Sometimes I’ll make random noises and turn that into a lead. As far as other vocals go, I dig and dig and dig.

What do you think of The Bloody Beetroots? We think we might be hearing some influences in your work…
That’s interesting! I never really listened to them too much actually, but when “Warp 1.9” came out I would always reference the video and song, so maybe some things stuck subconsciously.

You played a livestream a few months ago for SAFE Music Festival, and a more recent stream to celebrate your song “Brake” on Armada Music. What’s your DJ setup look like? Has it changed at home?
I wish it’s changed haha. I’m still grinding on these XDJ-1000’s with a DJM-900. It gets the job done so it’s all good, but I would love an upgrade.

What is your bi-monthly “Band Practice” YouTube series all about?
The idea started from doing Twitch streams where I would go over my sessions and break everything down. That was cool, but I really wanted to get macro with it and break it out into smaller, more focused aspects of production. I’ll be honest, it’s been kind of hard to keep up with it, but It’s kind of my way of giving back to the online community. I’ve watched hundreds of videos from mixers and producers over the years, so I just wanted to send that energy back into the world.

What sound do you look for when signing songs to your imprint label Graffiti Records?
Other than the “Guttah” remix pack, we haven’t signed any singles as of yet. 2021 will be the start to that. Once it gets going, I’ll be looking for music that has something unique in it. Something that stands out from the crowd. It’s definitely going to showcase an edgier, more aggressive sound overall. I’m looking forward to it.

Anything else?
Stay strong. Stay vigilant. Keep fighting for what you believe in. 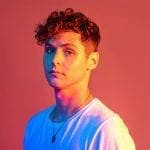 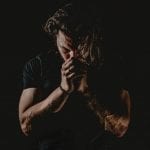 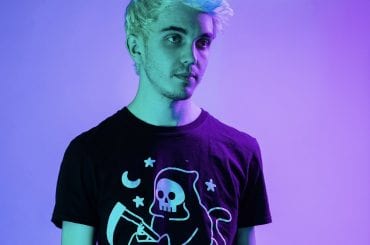 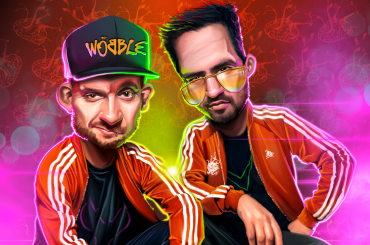 Catching Up With Ganja White Night 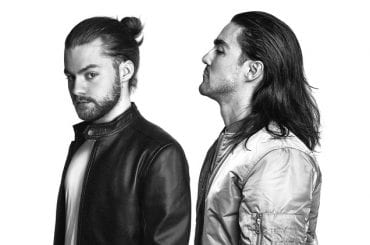 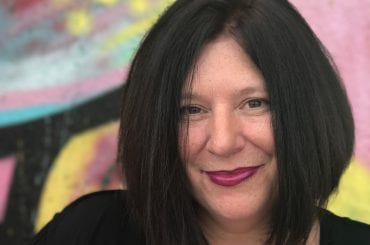 Getting to Know: Shari Aronin & IGNIGHTLIFE