Certainly no stranger to dominating the airwaves, Oliver Heldens has launched a label within the Heldeep Family called OH2 Records with debut release “Set Me Free” with Party Pupils.

Aiming to deliver radio-ready, pop-tinged releases, OH2 Records will serve as a significant departure from the hard-hitting hits we’ve seen from Heldeep since its inception.

“With Heldeep I’ve always been very focused on expanding the horizons of more club-oriented sounds. Since launching the label a little over 5 years ago we’ve had so many highlights and become a very versatile label in that space, which I’m really pleased about. A typical example for this in 2020 was our success with Moguai & Kai Tracid’s ‘DT64’, which became a big hit in the Techno world, something I didn’t expect to accomplish with the Heldeep label when I started it in 2015,” say Oliver Heldens.

“However, I haven’t really been able to focus on the more Dance/Pop side of things with Heldeep (with the exception of a couple of my own tracks) so my team and I decided to expand the Heldeep Label group and launch ‘OH2 Records’ which will focus on the more melodic and Dance/Pop leaning music. ‘Set Me Free’ feels like the perfect record to me to kickstart OH2 – It just has this nicely balanced blend of Dance/Pop, Disco and Future House elements. Party Pupils and I have been wanting to do something together for a while, because we thought it would be really interesting to combine our styles, and we’re super happy how this turned out. Also a big shout out to MAX who really nailed the vocals on this one! I hope you also like it!”

Get the party started this weekend with “Set Me Free” below and enjoy! 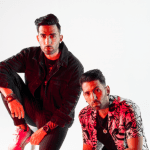 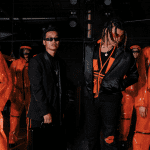