So, we sent out our “Coronavirus Questionnaire” to DJ/producers from all musical genres to find out. During this period, DJ Times will continue presenting the questionnaire responses from talented music-makers from all over the world. Here’s our latest entry, this time from Charm City, the Baltimore, Md.-based, house-music maven DJ Spen (Sean Spencer.)

What’s it like where you’re living? How have you spent most of your time? I live just outside of Baltimore and we’ve had some form of restrictions in place since March. The state has had over 200,000 cases of COVID-19 and something like 4,500 deaths, so it’s scary to see the numbers going back up. We had some of our restrictions lifted over the summer, but that is definitely being reversed at this point. I have spent most of the past eight months running my label, producing music, and doing some live-streaming. I am at home with my family, so there has been a lot of family time, as well.

Did you lose important gigs, or income-producing work? I lost a lot of gigs – well, I guess I should say I lost them all. My spring/summer touring schedule included regular festivals like Southport Weekender, Suncebeat Festival, Defected Croatia, Bolbeats, and Groove Odyssey Ibiza. Then, I had a lot of individual events scheduled in various locations – U.K., Brazil, Portugal, Bermuda, Guatemala, etc.

Are you doing anything now that can or will produce music-related income? Have you learned anything in the downtime? Luckily, people still want to buy music, so my label is doing fairly well – all things considered – and I have really had a lot of time to focus on some of the details of running the label that I usually just don’t have time to focus on. Since much of the world is a captive audience right now, people are really interested in music – I have seen a lot of people who are new fans of dance music buying our records. I have also gotten several remix requests during this period and that’s something I might not have had time for before due to my travel schedule. I think the biggest thing I learned during the “downtime” is live-streaming.  It’s definitely a world I never considered being heavily involved in, but it’s the reality at the moment.

What are you doing now that’s ultimately constructive to your music life/career? For example, any releases during this period? Early in the pandemic, I released a project with Crystal Waters and Micfreak, who is an associate producer at my label. The song is called “Party People” and was pretty successful. It was considered for a Grammy nomination and, though we ultimately didn’t get the nom, I am really pleased with the song and its success. I have just finished a full album called Soulful Storm, which will release in February. I have released a couple singles from it already. I actually have a lot more material, so I am looking at the possibility of releasing a second album in 2021.

What’s in your studio? My studio set-up these days is very portable, and it has been that way for quite some time due to my travel. Yes, I have a DAW set-up. My favorite programs are [Steinberg] Cubase and Ableton Live. I also use Millennia HV-3D pre-amp, which is my favorite tool for recording vocals, live instrumentation, etc. Unlike a lot of my peers who love using Mac products, I am a PC guy all the way.

What’s your music-creation process? I always start with beats first. With drums as a foundation, I usually then get into where a song is going musically. That usually involves a regular roster of musicians I use, including Gary Hudgins from Baltimore, Reelsoul in L.A., or Michele Chiavarini in Italy. From that, we go to the songwriting process, which is usually the hardest part – coming up with memorable hooks and good lyrics.

What’s your typical DJ set-up? When touring, my typical DJ set-up includes a minimum of three Pioneer CDJ-2000NXS2 players and a DJM-900NXS2 mixer. I prefer four CDJs to allow me to think ahead and get creative with loops, layers, etc. That is my basic no-nonsense set-up. For festivals and large events with a budget for superior sound system, I will request a UREI, Rane or Bozak rotary mixer because the sound quality is second to none. With those mixers, an engineer really has to know what they are doing to get the set-up right. At home, I am using four CDJs and, of course, I have access to my vinyl collection, so that has been fun during live streams.

What’s the most surprising thing you’ve realized during this period of social distancing? On the music side, I think I have been surprised by just how many people listen to and love dance music – people who would never go to a nightclub or festival. I receive so many messages from people who tell me they never imagined they would actually “see” me play because they don’t go to clubs, but they definitely log in to the live-streams.

What have you done online during this time? Have you seen any DJ video-streams that impressed you? I have been doing regular live-streams since the beginning of the pandemic. At the moment, I am streaming a gospel-house session every Sunday on Twitch, Mixcloud and YouTube. I started doing First Fridays in November and that has been fun, as it’s kind of an unplugged type thing, taking requests, etc. There are a lot of really good streamers right now and we have seen streams getting better and better. I really like DJ Spinna. You never know what he is going to play and he has some really dope visuals. David Morales is one of my favorites to listen to. His music selection is really good.

Any theme tunes recommended for the moment? Skeeter Davis “The End of the World” and the Brothers Johnson “Get the Funk Out of My Face” come to mind. There’s also a song on my album that just released as a single called “The End of It All” with lyrics that say: “I am feeling out of place and overwhelmed… is this the end of it all?”

Any advice on staying sane & relatively positive through this situation? We know things won’t be like this forever. It’s actually a good time to re-set, break a bad habit, or pick up a new good habit – like exercise or healthier eating. Connecting with close loved ones is really important, and I have definitely spent a lot more time talking to my family, hanging out, playing games and that sort of thing. But even people who live alone can connect. My extended family has a huge Zoom call every week. It’s hilarious to see the elderly members of the family on the call and I get a chance to see and talk to family that I might normally only see once a year if that. It’s definitely time to evaluate and re-evaluate your tribe/circle and stay closely connected to them. My fans have really been amazing as well and I have had the opportunity to connect with them in a way I don’t normally get to do. For example, I have done a lot of surprise birthday video calls or phone calls. Also, I think staying positive is really dependent on your outlook. I believe everyone has something to be grateful for – even if it’s just breathing, which we know a lot of people are struggling with. So we definitely have to keep things in perspective. Yes, this situation can be annoying and frustrating, but people are really sick and we can’t become de-sensitized because we want to go out and party or socialize. We get one life and everyone has to figure out what they can do to make the most of it during these times. 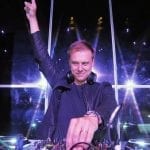 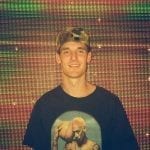