How do you keep good people working for your company? You know that scene in Jerry McGuire, where Jerry enthusiastically asks, “Who’s coming with me?” as he leaves the company that he has been so successful with? If you know the scene, you’ll also know that Renee Zellweger’s character is the only person who leaves with him. Jerry is super cool and very successful, so why didn’t more than just one person follow him?

As an owner of a multi-op DJ company, I often felt like Jerry McGuire in the beginning of my journey. I was successful, I thought I was pretty cool and I had the brains that kept the business going, but people didn’t follow me. I learned this the hard way as I walked away from one company to start another. I found myself alone. No one came with me, even though the opportunity was open for them to do so.

Leadership expert, John Maxwell, says, “People buy into the leader before they buy into the vision”. That one quote has made such a difference in my career, especially when I first read it at that moment in time. How do you develop your leadership in a way that people will want to follow you as DJ multi-op company any owner? How do you avoid being a Jerry McGuire?

In this series on leadership, I’m going to share three of the most vital leadership qualities that followers (your DJs) look for in their leader. I could state the obvious – vision, passion, influence and positivity – but I want to address a few qualities that aren’t so evident at first glance.

The first leadership quality is CONNECTION.

My wife worked a job where the assistant CEO would come into the store and chide his employees if they greeted him. Ironically, he wanted you to greet customers while pretending that he hadn’t even walked into the store when he, in fact, had. Morale at the store was low, employees were frustrated and hard-working people quit under this assistant CEO. There was no connection.

So how do you intentionally create a connection between your DJs and yourself?

Listen to what they aren’t saying. When you ask how someone is doing and they answer with, “Pretty good”, follow up with, “What does ‘pretty good’ mean?” And then listen. If they hesitate on their initial answer, tell them you heard their hesitation and ask if there’s something else going on. This shows you truly want to know how they are doing, instead of it just being a greeting. Know what’s close to their heart.

I had a DJ create coloring books for children as his personal passion project. He put so much time, effort and heart into these. I sent him a check from the business and included a note telling him the money was for him to buy a box of these to distribute to whatever school he wanted. I missed his phone call when he reached out to thank the business, but I’ll never forget his words on that voicemail. You could just tell by his voice that this simple action by the business was super impactful to him. He knew we cared about what was close to his heart.

Visit memories often. I was MC’ing a wedding one time and I accidentally said “toastes” (add a hard ES) instead of “toasts”. It sounded outrageously stupid in front of wedding guests (over 200), and my DJ couldn’t stop laughing that day. Almost every time we’re around each other, that MC blunder gets brought up and it still creates laughs and stories long after that wedding ended. Visiting memories helps build a bond.

Check in. If a DJ goes a couple weeks without having a gig with me, I will often send a message and simply ask, “How’s life?” I want them to know that I’m thinking about them. If you go too long without connecting with someone on your team, the wheels in their brains start spinning and they may wonder what it might be like if they worked someplace else.

You can’t coast your way into connecting with people. It has to be intentional. It requires energy. It is work. A quality of a great leader is his or her ability to connect with people on a personal level.

Travis Wackerly is a speaker and coach for the John Maxwell Team and is the owner/operator of FCM Entertainment, a multi-op fusion based wedding company, out of Norman, Oklahoma. He’s been a musician and entertainer for the past 20 years. 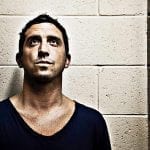 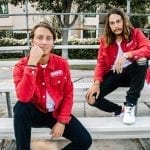