While the electronic dance music community continues to cope with the news of their unexpected split yesterday, it’s time to celebrate Daft Punk’s legacy by taking a quick trip down memory land and revisit their first-ever U.S. show!

Before the Parisian duo turned into the legendary masked mastermind that took the world by storm with the plethora of infectious dance anthems, Thomas Bangalter and Guy-Manuel de Homem-Christo were music lovers who were looking to play music and make the room dance. Originally formed in France back in 1993, it wasn’t until 1996 when Daft Punk made their debut here in the United States.

Their first show on U.S.soil took place during Memorial Day weekend at Even Furthur Festival which took place at a campground in Wisconsin. This was well before their striking robot suits and awe-inspiring “Alive” pyramid production, just a French DJ duo looking to play a party making a name for themselves in the United States.

Like most DJs in the 90s, their first show was a true rave with only those in the know being able to find the location of the event, no stage, minimal production (a handful of lasers) and a booming sound system. This was Daft Punk’s first show in the United States, 20-year-old kids throwing down a set in a tent for some electronic music lovers.

For all those new-age dance music fans who were introduced to the duo with their hit single “Get Lucky” dominating the airwaves in 2013 or for anyone who remembers their meteoric rise in popularity in the late 1990s leading into their ground-breaking “Alive 2006/2007” tour run, footage of their first-ever in the United States is on Youtube for all the world to enjoy and appreciate.

Check out Daft Punk’s humble beginnings with their set from Wisconsin’s Even Furthur Festival below. 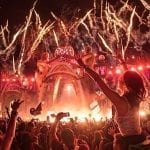 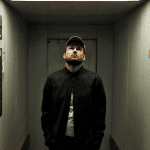