As The Magician, Stephen Fasano has been an electronic-music tastemaker for a decade now. With his “Magic Tapes” – a monthly digital mixtape that includes exclusive tracks and original productions – the Belgian DJ/producer has maintained a high profile since its 2010 debut.

And now, after a pandemic-related halt, The Magician has hit the century mark with his influential series. Accordingly, he’s released The Magic Tape 100, a full-length comp (available in a variety of formats) that includes 15 exclusive cuts. Upbeat, funky and fun with cuts like The Magician’s thumping “One Vibration” (feat. CALYPSO), The Magic Tape 100 (Potion Records) offers a variety of house-leaning genres and it will get the party started right. We recently connected with The Magician from his home in Brussels.

DJ Times: How did you spend most of your pandemic time?
Magician: During the first lockdown in March-April-May, I spent most of my time classifying my record collection and listening again to some old music from the ’80s and ’90s, doing streaming DJ set with vinyls, composing, producing music, and cooking two or three times a day. June, July and August were months of great reflection – and then September and October were months of freedom. I became also very creative. The second lockdown in Belgium started late October. I’ve been making a lot of music since then –  I have never been as productive.

DJ Times: Like everyone, I’m sure you lost some income-producing work, right?
Magician: Yes, some tours and festivals have been cancelled, but nothing very important, though. This past year was supposed to be a transition year, more focused on production and playing less shows – and that happened. This year also marked the 10 years of The Magician project, 10 years of “The Magic Tapes,” and the 100th was supposed to be released in May/June, followed by a world tour. We delayed as much as we could – you can’t cheat with numbers [laughs]. So in the end, it did recently come out. As for money income, I earned about 75-percent less than the previous year.

DJ Times: Did you learn anything in the downtime?
Magician: What I learned and what will be ultimately constructive for my life/career is that work and organization always pays. I’ve learned and will learn all my life. I resource myself by learning. It can be producing music, but also cooking, traveling, reading, etc.

DJ Times: So what’s your main project in early 2021?
Magician: For now, The Magic Tape 100. It’s an album compilation released in digital and double-vinyl plus a cassette, with 15 exclusive tracks created by 15 artists, including me. Also, I make a new track or remix per week – 2021 is planned and full of releases. A recent one is “One Vibration” featuring CLYPSO.

DJ Times: What’s in your studio?
Magician: I work on Logic Pro with a UAD soundcard and plug-ins. I like the API 2500 compressor on my drum bus, the EMI Chandler limiter on my master bus. I use also the Soundtoys, as well as Valhalla plate reverb. At the moment, I use a lot the Juno 106, Moog One and Korg Monopoly. I love the LinnDrum and Roland TR-707 drum machines. As hardware, I have a Moog One, ARP 2600, Korg DW-6000 and Roland MC 707.

DJ Times: What’s your creation process in the studio?
Magician: I usually try to find a melody/chords progression on a kick drum, then add a bassline. Then I work on a structure and add drums, pad and effects. I always leave some space for a vocal unless I’m with a vocalist when I compose – then, we work on a topline on chords before adding any drums.

DJ Times: What’s your typical DJ set-up and why do you choose that route?
Magician: I made my skills on Technics SL-1200 turntables… then CDs and now USB sticks. I still have a vinyl-only set-up in my studio, and I’ve done some live-stream sets that I call Supervision. It was just a way for me to play and re-discover some vinyl records of my collection. But it’s true – I like the ease of Pioneer CDJs and also because you can test demos, promos, etc.

DJ Times: Have you seen any other live-streams that impressed you?
Magician: Yes, I watched Disclosure producing music on Twitch. I also enjoyed A-Trak and Armand Van Helden’s interviews, Chromeo’s live music, and Moscoman A&R Sessions.

DJ Times: Any theme tunes recommended for this very strange moment in history?
Magician: Yeah, Fleetwood Mac’s “That’s All for Everyone,” O.M.D.’s “Extended Souvenir” and Ph.D’s “I Won’t Let You Down.”

DJ Times: What’s the most surprising thing you’ve realized during this period of social distancing?
Magician: That I’m a crazy maniac of cleanness.

DJ Times: Any advice on staying sane and relatively positive through this situation
Magician: Enjoy the mornings in the kitchen, cooking, making coffee and listening to music loudly. 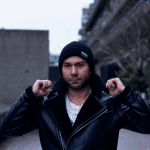 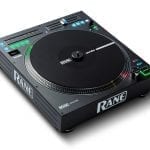