Deep-house… it’s soulful, it’s tuneful and it’s one of dance-music’s most enduring sounds. It’s undergone an evolution in recent years, but one practitioner who’s been here since the beginning is Baltimore’s DJ Spen.

Now in his fifth decade of producing music, Spen (aka Sean Spencer) has had quite a journey. From making ’80s music in an early hip-hop act, Numarx, and co-writing “Girl You Know It’s True,” which became an international pop hit for Milli Vanilli, to becoming one of house music’s great DJ/producers, Spen is one of the genre’s most respected talents.

Despite the restraints put on live touring posed by the pandemic, Spen got busy anyway by creating a fabulous new full-length album, Soulful Storm. Featuring collabs with Crystal Waters and Micfreak (“Party People”) and Monique Bingham (“The End of It All” feat. Roland Clark) and more, Soulful Storm deftly fuses house, nu-disco, R&B and gospel into one satisfying collection.

Get to know one of house music’s main men, DJ Spen, as he discusses his unique story, his DJ and production tips, the evolution of the genre and much more. 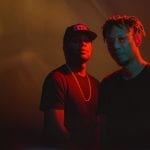 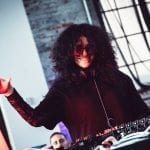