The wait is finally over, Zeds Dead has officially launched their new label, Altered States, with the release of their Catching Z’s mixtape!

After dropping “late night drive” as the lead single of their new mixtape giving the electronic dance music world taste of what’s to come from their newest body of work in addition to setting the tone for their freshly launched imprint, it was made immediately clear Altered States was going to be a fan favorite amongst the Zeds Dead community.

Known for their bone-rattling productions and their Deadbeats label boasting a lengthy catalog of hard-hitting releases cut from cloth, the Catching Z’s mixtape is a masterfully crafted musical journey of downtempo productions fueled by compelling vocals and tranquil soundscapes.

While this may not be the rail-rocking productions that has become synonyms to their name, Zeds Dead adds to their legacy with a spellbinding offering that proves their undeniable versatility as music makers. Is there anything there two can’t do?

Get that play button a tap and indulge in Zeds Dead’s new Catching Z’s mixtape below. The reign of Altered States has just begun! 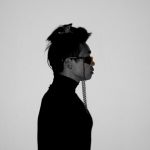 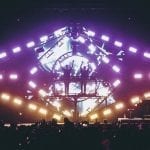 SLANDER Connects With Synymata For Moving Collab, “When I’m With You”