Though he tasted plenty of success at a young age, the talented Brazilian DJ/artist Bruno Martini remains on an ascending career trajectory.

He attained national notoriety at 19 in the pop duo, College 11, but in 2016, Martini broke out solo as an EDM-leaning DJ/producer. “Hear Me Now,” his hit debut collab with Alok featuring Zeeba, rang up nearly 500 million streams and catchy follow-up singles like “Road,” “Sun Goes Down” and “Living on the Outside,” all reached gold or platinum status. He also hit the festival circuit, playing mainstages from South America to Europe.

His 2020 single, “Bend the Knee,” a bright, poppy collab with Timbaland featuring Iza, was made plenty of waves and went gold in his native Brazil. In mid-March, 2021, he delivered his debut solo album, Original (Universal Music), which brings a hooky, but eclectic approach to electronic dance music. And the video for his latest single, “Ain’t Worried,” has logged more than a million views in just a month.

Tune in for a quick trip to São Paolo, Brazil, and a visit with one of South America’s brightest DJ/pop stars, Bruno Martini. 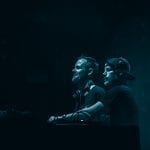 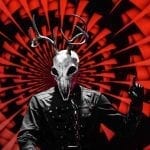 SVDDEN DEATH Surprises Fans With The Release of “SLB 2021”