So far, the success enjoyed by Jason Miller (aka Redux Saints) has been a result of design and desire.The Chicago-bred/LA-based DJ/producer, who formed Redux Saints in 2015, is an alum of LA’s famous Icon Collective Music Production School. Additionally, he was the first U.S. grad from the Toolroom Academy Masterclass program – and it’s from the Toolroom example that he formed his popular DTLA (Deep Tech Los Angeles) imprint. Running the label with William Tejada, Miller is able to nurture the genre’s most promising new underground talent.

Under his Redux Saints alias, Miller has released music from both his own Deep Tech Los Angeles imprint as well as other record labels like Toolroom, Cr2 and Stealth. Releases include: “Take Me Up” (DTLA), “Higher” (DTLA), “Ain’t Got Time” (Incorrect Music), “Break Yourself” (HoTL), “You Can’t Front” (Hood Politics), and “Breakdown” (HoTL), the latter earning tastemaker support from Claptone, Roger Sanchez and Mark Knight, among others.

After three No. 1 chart positions on Beatport’s “New Hype” chart, Beatport awarded Redux Saints an “On Our Radar” accolade for “To My Beat,” “Stay Home!” and the Redux Saints remix of “Give Me A Reason” by Miller’s melodic techno alias, Placebo eFx.

On the live side (pre-pandemic), Redux Saints has played a variety of gigs from London’s Ministry of Sound to the Nevada desert’s Burning Man gathering. And on the virtual tip, The Deep Tech Loft Party live streams have flourished via Facebook, Vimeo, YouTube and Twitch, where Miller and his label cohorts spin the best in tech-house, house and techno.

A DJ, a studio talent and an inexhaustible label chief, Jason Miller obviously has what it takes to succeed in the underground dance-music world. Hear how Miller makes it all happen. 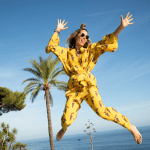