Following Bassnectar‘s announcement that he would be “stepping back” from his career in the music industry following a number of allegations of sexual misconduct and abuse last summer, a group of attorneys have filed a lawsuit against him and his management.

“The lawsuit seeks to hold Bassnectar and those corporations that support him responsible for years of grooming, abuse, and trafficking. In June 2020, an Instagram account was created titled @evidenceagainstbassnectar where dozens of young and underage women detailed the ways in which they were victimized by Bassnectar. Other survivors of abuse at the hands of Bassnectar and these corporations are encouraged to come forward and have their voices heard.”

“We have seen a true reckoning in recent years of powerful individuals and institutions finally being held to account for years of sexual abuse against adults and minors. But we have only begun to scratch the surface of how these influential figures and entities can go on for years committing abuses without being held responsible,” said attorney Brian Kent. “This lawsuit is about seeking justice not just against Bassnectar but against the corporations that cooperate in and help facilitate the abuses he is alleged to have committed.”

Bassnectar’s attorney, Mitchell Schuster, tells TMZ, “These outrageous claims – which were clearly designed for the media, rather than for the courts – are completely without merit, and we eagerly look forward to proving so.” 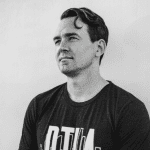 Getting to Know: Redux Saints 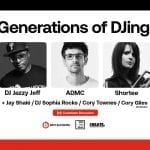