While all tour dates have been put on pause for artists across the globe for the past year, many producers used this unprecedented free time to put in some serious work in the studio with Ganja White Night be one of the many names who have kept quite busy during this chaotic period in world history. Hot on the heels of the release of their latest full-length album Dark Wobble, the Belgian wobble masters look to ride the momentum of their newest body of work as the world slowly looks to get back to “normal” with club shows and festivals beginning to be deemed safe once again.

Being a duo who has been at it for over a decade now and having one of the lengthiest discographies in the world of bass, we took the time to catch up with Ganja White Night to discuss Dark Wobble, music production and their plans for the remainder of 2021 and beyond.

Your album Dark Wobble is hot off the presses, tell us a little about the production process behind this bone-rattling body of work.
We started on the album right before The One tour back in October 2019. It’s been a while that I’ve wanted to get back into producing some of these deep and dark tracks and we’ve been able to finish and try 2 of these during that tour. The crowd reaction on these 2 tunes were pretty big and it just confirmed that was a pretty interesting road to take for the next release.

Did the coronavirus craziness affect the decision to drop this bad boy at all, or did you two feel the timing was right?
To be completely honest, we wanted to release it a little bit earlier, right before the 3 nights Wobble Rocks weekend at Red Rocks that was planned to happen in April 2021. But when we learned we’ll have to postpone it again, we felt like it would be a nice way to still bring some joy to our fans, help the wait and temper the frustration of a 3rd postponement.

You two are never ones to shy away from collaboration, why do you choose to go that route?
Well it’s always interesting to bring in another ear on a track. For the collab with Boogie T, well it’s always supernatural and I think we really understand each other’s music. For SubDocta, it was a first, but we’ve been really digging his sounds and his fresh vision. It’s always fun to collab with other artists and we have a couple more collabs in our back pocket 😉

Ganja White Night has quite the lengthy discography, do nerves still play a role when it comes to an album release?
More than ever haha, I think I was more stressed for the release of this album than any previous ones. I think the main reason is because usually we’ve been able to tease and test many unreleased tracks during live shows and see how the crowd reacts. Here it was more stressful because we couldn’t get that direct feedback.

What would you say is your favorite track of the album?
Oh that’s a tough question… I have favorite parts in each track… I absolutely love the intro of “The Green Lab” I love the build up of “X Roads” the first drop of “Narnia” the second drop of “Master Kush” the Orchestration and atmosphere of Trinity… I really can’t choose one.

In the studio, what’s your set-up?
Well it’s pretty basic actually, I got a Komplete Kontrol S88, a computer obviously, some Barefoot Footprint for the studio monitor, a subpac on my chair and a SM7B. I don’t use Modular synths or any hardware really.

What’s your creation process in the studio?
Melodies and harmonies are usually what I start with. Because stories and emotions are the main thing I want to create, I always try to start with finding the soul of a track. It could be a chord progression or just an interesting sound that has some harmonies I can play with and create some tension around. And for the last album, I really enjoyed putting some extra time into orchestrations and making it sound epic and cinematic. The drop and the bass sounds come and flow naturally after.

When you have a tough week or hit a wall creatively, how do you get yourself back on track?
I’ve learned to trust myself over the years and at this point I know when a blank page kind of day hits, you just gotta accept it’s one of those days and try to refresh your brain by doing something else. I love gardening and spending time outside, so when one of these days hits, I usually get out of the house and take a little break. But sometimes… I would just open a new project file and make a 180, change the BPM and try something super different. It happens when the inspiration is just not flowing for a specific style, but sometime you just switch the vibe and boom, the inspiration flow is just there waiting for you.

For all those producers out there looking to stand out from the crowd cooking up womps and wobbles of their own, what words of wisdom do you have for them?
These days, you can follow tons of channels on Youtube that would teach you tricks and tips on how to produce, that’s a fantastic tool. You can download tons of sick sounding presets and sample packs which are super helpful too. The trick I think is to find your identity with all that, be inspired but find your own sound. Trying to mix styles that might not seem to align is an interesting path, add a lot of human emotion into your music, don’t quatitize when you don’t need to, keep the groove alive and always try new things!

You two have been at it since 2009, how would say the world of bass music has evolved over the past decade?
The most satisfying thing is to see that Dubstep and the underground bass music scene is taking a step up and reaching such a high level in the global music scene now that so many crazy things are possible at shows and festivals. When Dubstep started in Europe it was such an underground and elitist culture, it would have been an extremely risky bet to project that the potential of 140 Dubstep beats and heavy wobble sounds would have ever reached that huge status that it has now.

How would you say Ganja White Night has evolved over the past decade?
Well, after so many years of producing, I am glad to see that we’re still able to surprise ourselves. Obviously, in so many years the tools have evolved and the sound quality followed, but we’re still using some tricks that were in our productions back in 2008, the DAWs and VSTs are just so much better sounding now and way more user friendly that the same tricks sound more modern and are easier to achieve. But also I am pretty happy that fans can still recognize our sound identity even 12 years after our first release.

Dark Wobble has arrived, how excited are you two to get back on the road and showcase the sounds of your new album live?
Extremely excited! It’s really hard to contain that excitement honestly, but I know the satisfaction will only be better when we’ll be able to perform the album live, with a huge crowd and a huge sound system and when we’ll be able to literally jump back into the crowd!

Your album is in heavy rotation, festivals are popping back up and Wobble Rocks is going down this fall, what else can fans expect from GWN and SubCarbon Records throughout 2021?

Well, let me just say that Dark Wobble album was just a portion of the unreleased tunes we’ve made during the pandemic. So we’ll release more music this year and more than likely, some of them will be collabs. Also we won’t stop producing new music videos and live visuals! So stay tuned to our Youtube Channel. 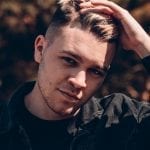 Eptic Ventures Into The World of Drum & Bass With “Payback” 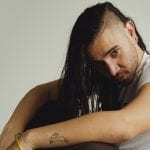