It’s almost Twitch time again and this week we present another talented DJ. With this visit, it’s someone a little closer to home – we’re on Long Island and she’s in Brooklyn – but it’s a DJ/producer who’s been making tough techno tracks and playing out for a long time – DJ Melissa Nikita.

Attendees at DJ Expo may know Melissa from visiting the Denon DJ booth, where she always demos the manufacturer’s latest wares on the show’s exhibit floor – she’s officially endorsed and sponsored by Denon DJ. But there’s much more to her career – she’s been in the DJ game for awhile and has accomplished plenty.

As a DJ, she can really rock any room – she’s held down residencies at top NYC clubs like EXIT and Centro-Fly. She’s worked the festival scene – playing big events like NYC’s Electric Zoo and South America’s I Love Techno fest. As the owner of Nikita Events Inc., she knows how to throw a party, and as a remixer/producer, she’s created hard-hitting tracks that have landed on set lists from techno titans like Richie Hawtin and Marco Bailey. No stranger to Twitch herself, Melissa has been playing her weekly live-stream, Tech Tuesday, going strong for 59 weeks now.

So tune in as DJ Times connects with DJ Melissa Nikita to discuss her career, the gear, the music and the immediate future for DJs of all stripes. Don’t miss it – be there. 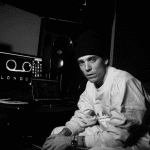 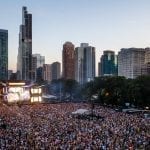