So, we sent out our “Coronavirus Questionnaire” to DJ/producers from all musical genres to find out. During this period, DJ Times will continue presenting the questionnaire responses from talented music-makers from all over the world. Here’s our latest entry, this time from Switzerland, the Zurich-based electronic talent EDX (aka Maurizio Colella).

What’s it like where you’re living? How did you spend most of your time? I live in Switzerland, in a town called Glattbrugg — between the center of Zurich and the airport — where I’m fortunate enough to travel back and forth between the office, the studio and my home. The lockdown in Switzerland wasn’t that bad compared with all of the other European countries bordering Switzerland, so we’ve been very lucky in that sense.

Did you lose important gigs, or income-producing work? Yes, absolutely. Like every DJ, I have lost considerable revenue over the course of the past 12 months, due to the forced lack of touring. International touring is just one small part of what I do, however, so I was able to stay very busy with other parts of the business – from music production, management and running my label, Sirup Music. I’ve tried to keep positive during these difficult times. It’s been a very sad year for our industry, but I do believe that things will get better.

Are you doing anything now that can or will produce music-related income? Have you learned anything in the downtime? It’s been a really tough year with no touring income, but the silver lining to not being on the road for 200 days per year is that I get to spend much more time with my staff at the office in Zurich. We’ve tried to figure out new and exciting revenue streams for both the label and our artists and I think we will emerge from this crisis stronger than ever.

What are you doing now that’s ultimately constructive to your music life/career? For example, any releases during this period? I released a bunch of radio-friendly singles over the course of 2020 and I have just released my new single “Ecletric,” which I’m super-excited about. I’ve also been lucky enough to start touring again in parts of North America, which I’m incredibly grateful for. The numbers were obviously reduced and there were heavy restrictions in place at all of the gigs, but it felt so incredible to be back playing for people, in-person.

In the studio, what’s your set-up? My DAW of choice is Logic, but I’ve got a big collection of vintage hardware, which I’ve been collecting since the early ’90s. I’ve recently re-found my love for the classic Roland TB-303, which I love playing around with.

What’s your creation process in the studio? It all depends on whether or not I’m creating a remix or an original mix – and if it’s the latter, whether or not it’s a vocal record or a club record/instrumental. With remixes and vocal singles, I like to start with the main melody/hook and make the magic around that. But on club records, I usually like to start with the kick, the groove, before adding chords, breaks, samples and various layers.

What’s your typical DJ set-up? I’m old-school. I used to DJ vinyl on Technics 1210s. However, I moved to Pioneer CDJs and then to USBs, as it’s so much easier when you’re travelling from continent to continent each week. I don’t think I’ll ever make the transition to a laptop, as I think you really lose the organic feel of mixing two records together. I just got a pair of the new Pioneer CDJ-3000 players delivered to the office, and they’re amazing. All the new technology is really incredible.

What’s the most surprising thing you’ve realized during this period of social distancing? Taking a step back from touring, I’ve realized just how important it is to stay fit while you’re on the road. It’s so much easier to eat healthily and to do exercise when you’re not spending 200 nights a year in hotels, and I’ve learned that I need to make a conscious effort to live a more balanced lifestyle when things return to normal. The life of an internationally touring DJ is actually pretty grueling, and we have to look after both our minds and our bodies.

Have you done anything online recently? Have you seen any DJ video streams that impressed you? I was always slightly reluctant about the whole live-streaming thing. But when it became clear that clubs were going to be closed for the foreseeable future, I realized we needed a way to reach the EDX and Sirup fanbase in a more interactive way. We installed a DJ booth/live-stream set up in the Sirup Music offices and started our Monday Sessions, where artists could just drop by and we would broadcast their sets, on the fly, to the world. We had loads of artists come thought and it became an opportunity for Sirup fans to congregate online and share new music via this new online experience. After this, my team and I decided to put some time and effort into doing a couple of streams from some very special locations in Europe — first was on top of the Wurenlos Rest Stop in Zurich in July, once inside a cave and then an extra special live-stream for the 500th episode of No Xcuses from the stunning cliffs of Positano in Italy. My most recent stream was for New Year’s Eve 2021, where I performed live from the incredible Hallenstadion in Zurich — that was pretty special, considering the circumstances.

Any theme tunes recommended for the moment? “Gotta Get Through This” by Daniel Beddingfield.

Any advice on staying sane & relatively positive through this situation? Try to remember that we’re all going through the same thing right now, and lots of other people will be feeling whatever you may be feeling. Music is the best remedy, and let’s all keep our fingers crossed for better times in the months to come. There is light at the end of the tunnel! 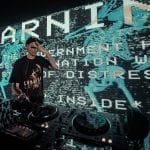 Boys Noize Returns To Defected Records With “All I Want” 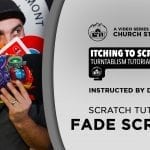