Back in 2016, when Zeds Dead began its own Deadbeats label, the bass-music blogosphere was buzzing aplenty. Now, five years later, the Toronto-based duo’s imprint has fit firmly into the fabric of the scene and ZD’s Dylan Mamid (aka DC) and Zachary Rapp-Rovan (aka Hooks) are launching yet another endeavor – Altered States.

With this new label, DC and Hooks – no doubt influenced by the pandemic downtime – will focus more on downtempo and experimental tracks. So, following the release of Altered States’ initial release, coming in the form of their tranquil Catching Z’s mixtape, we caught up with Zeds Dead to discuss the duo’s Deadbeats journey, their favorite label releases over the years and much more.

DJ Times: From your earliest vision of Deadbeats, did you ever imagine it would blossom into the brand and community it has become today?
Hooks: We’re extremely happy and surprised with how it’s gone. We wanted to create a world of its own that’s separate from Zeds Dead, and it’s so cool to see how it’s grown into that.

DJ Times: What would you say is the key to success and longevity?
DC: I wish I had a good answer for this! I think for us being consistent with putting out music and doing shows has helped. We’ve never had a big hit, but we’ve grown little by little. I’d say, “slow and steady wins the race” is a good motto, but also there is no race.

DJ Times: How would you say bass music has continued to evolve over these past five years?
Hooks: There’s been a lot of waves that have come and gone, but I think it’s stronger than it’s ever been. From being around it for a while now, I’m starting to notice some patterns. For example, it seems like things get harder and harder for a while until they hit an extreme, and then, in reaction to that, more minimal, deep styles start to get popular and then the process starts over.

DJ Times: How does it feel to have created a brand and launch labels that producers now strive to be a part of?
DC: It’s really a dream come true. We’ve always looked up to what Diplo did with Mad Decent, so it’s amazing to be able to do that now for new artists.

DJ Times: If there is a producer out there looking to have their music signed to Deadbeats, what do you guys look for when it comes to production?
Hooks: We listen to so much music, so it has to have something to stand out – but it’s so hard to say what that is. It can be any style – it’s just gotta be dope.

DJ Times: Deadbeats celebrated its fifth anniversary with the launch of your new Altered States label, which will showcase downtempo sounds. Did COVID craziness affect the decision at all, or did you two feel the timing was right?
DC: I think we would have done this with or without the pandemic, but it definitely seemed very appropriate now more than ever. Without shows, a lot of the more hard-hitting stuff seems a bit out of context sometimes at home – so, I think this did fit well. The first thing we did when this started was make a new Catching Z’s mix because it just seemed like the perfect time for it. We had been working on this for a while, basically just putting songs aside for it. But this time off gave us the chance to finish it.

DJ Times: There were Deadbeats-curated events, so can fans expect the same for Altered States now that we’re slowly getting back to normal? Maybe a few Zeds Dead Catching Z’s sets?
Hooks: We’re working on some things for what Altered States events will be – we have a lot of ideas. We’d definitely like to do some specifically Catching Z’s-style sets, as well with a cool visual aspect so it’s more of a spectacle and a vibe than a dance party.

DJ Times: What should the Zeds Dead faithful keep an eye out for, aside from catching you live again this fall?
Hooks: We’ve been working on our second album, so we’ve just been in the studio working on that non-stop. I’ve also been doing some painting recently, which is something the time off has allowed me to get back into.

DJ Times: So, explain your Deadbeats Top 10 list…
DC: There’s so much music we love that we’ve put out on Deadbeats and so many amazing artists it’s hard to make a short list like this but here’s a few that come to mind. Being able to release our own music was one of the reasons we wanted to start the label, so that’s why we put our first album Northern Lights on the list.

Hooks: A couple of these like “Kush” and “Bop Bop” were big, heavy tunes in our sets, both of which we played out every night on the road for a long time. Rusko is an artist that was very influential to us and he’s put out some awesome stuff on Deadbeats. We love GRiZ and he’s a big artist, so it was cool that he came to us to release music and his “Bangers Vol. 2” included the song with Subtronics called “Griztronics,” which blew up and was the No. 1 song on TikTok, as well as being a festival anthem that year and in everyone’s sets. So that was pretty dope.

DC: Shades is always one of our favorite acts to release.  We’re big fans of Eprom and Alix Perez and their albums are so awesome it’s an honor to work with them. “Halogenix presents: Lordel” is a really cool one that I listen to a lot and kind of on the vibe of where we’re going with Altered States now.

Shades: In Praise of Darkness 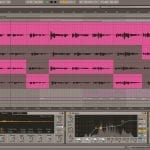 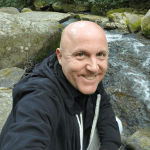