DJ Babu has been at the forefront of the world’s turntablist movement for nearly 30 years. That includes winning multiple competition titles, recording albums with million-selling artists like Linkin Park, and serving as a host/curator for a popular radio mixshow. But Babu is probably best-known as one of the longtime members of The World Famous Beat Junkies, one of the world’s most respected DJ/turntablists collectives.

Currently consisting of six world-renowned talents – (left to right in pic) J. Rocc, Rhettmatic, Mr. Choc, D-Styles, Melo-D and Babu – the Beat Junkies are among the most passionate, knowledgeable and talented groups of turntablists you’ll ever hear. To see them work their magic is something to behold.

So tune in as DJ Times connects with DJ Babu of The World Famous Beat Junkies to discuss the group’s journey, the state of turntablism, the battle scene, and more. 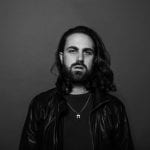 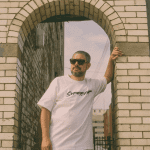