Salvatore Lodato has been DJing, remixing and producing for years, but in 2016 things began to hit for the New York-based DJ/remixer known professionally as LODATO.

With original productions like “Older” and “One Way Out” and remixes for hitmakers like Clean Bandit, Vassy and Tiësto, LODATO began to gain traction at radio and in the clubs.

In May 2020, LODATO’S original single “Good” followed the footsteps of his previous original and also found its way to No. 1 in the U.S. on Dance Radio. His remix of Dua Lipa’s “Break My Heart” was added to rotation on all the major U.S. Dance Radio Stations and hit No. 1 in North America on iHeart’s RT30 countdown.

In late 2020, LODATO signed a record deal with Spinnin records, and his latest single, “Neon Lights,” is well on its way to similar radio performance. A frequent guest and contributor at DJ Expo in Atlantic City, LODATO has never been a stranger to DJ Times and its signature show.

So tune in as DJ Times connects with LODATO to discuss his journey, the state of EDM, the remix scene, the upcoming DJ Expo and more.

Getting to KnowInterviewsLODATOTwitch
0
Author Jim Tremayne 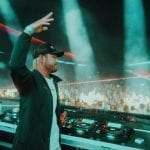 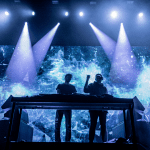 Crystal Skies & Fairlane Unite For “All To You” Featuring Micah Martin