So, we sent out our “Coronavirus Questionnaire” to DJ/producers from all musical genres to find out. During this period, DJ Times will continue presenting the questionnaire responses from talented music-makers from all over the world. Here’s our latest entry, this time from The Netherlands, the Amsterdam-based electronic duo Black Girl/White Girl.

>How did you spend most of your pandemic time? We were initially focused on refining our aesthetic, producing tracks, and staying on top of everything in the studio. We have also taken part in several live streaming events, such as She Is The Music and Four4Consent, to keep in touch with our fans and reach new ones. When we understood it would be a while before everything returned to normal, we stepped away to take time off, and reconnect with nature.

Have things changed over time? Thankfully, yes. A lot of countries are finally starting to get a handle on the pandemic, and slowly we’re witnessing the world open back up again. Hopefully, we’ll see the safe return of clubbing and events sooner rather than later. For us, personally, we needed to come up with something to keep ourselves motivated because we hadn’t played a show since January 2020. So, in July 2020, we launched our self-released series with the single, “101010101,” which garnered hundreds of thousands of streams, BBC Radio 1 airtime, and even landed us on Spotify’s flagship Friday Cratediggers playlist. The most recent tune in that series, “s p o o n,” was released in April. It was the first track with our own vocals, and it got a huge amount of positive feedback, so that was a great boost for our morale.

Did you lose important gigs or income-producing work? We lost a lot of opportunities and gigs, even some potentially life-changing ones. In 2020, we had a bunch of strong releases that would definitely have brought us some wonderful gigs. That year should have been the one that brought everything together for us.

Are you doing anything now that can or will produce music-related income? We do have our series of self-releases running, but honestly, you can’t live from it. As we have been creating a lot of music in the past year, we hope that our next releases can lead to gigs when everything starts popping off again in Europe. Who knows? Maybe we can even play in other parts of the world again when the coronavirus crisis has stabilized.

Have you learned anything in the downtime? Yes, self-care, meditation, and taking time off to re-set are all vital. It was important for us to embrace the notion that we’d have to take time off at some point, especially since we are people who give our all with everything we do. And, of course, it just became too much for us to endure at a certain point, so we had to take a break from everything music-related. Since April of this year, we’ve been on a studio break, and it’s really helped us gain perspective.

What are you doing now that’s ultimately constructive to your music life/career? For example, any releases during this period? We’re releasing a four-track vinyl record later this year, and it’s going to be a big one. But first and foremost, we’re dropping our second EP on EI8HT, HALLUCIN8. It’s the follow-up to ELEV8, which came out last year, so we decided to go big for this one and deliver something totally unique. And, while this hasn’t been made public yet, we have two other major records dropping this year that are going to be huge, so keep an eye out for those.

What’s in your studio? We usually work in the box on our MacBook Pro 13-inch, but we also use the Maschine Studio to quickly lay down some drums, the Arturia MiniBrute for the gritty synth stuff, a Behringer TD-3 for the juicy acid, and a Behringer Q802 mixer to bring it all together in Ableton Live 11.

What’s the most surprising thing you’ve realized during this period of social distancing? How disgusting people are for not washing their hands and such [laughs]. No, but seriously, how simple it has been for DJs, particularly the bigger/richer ones, to keep playing sets even as the world crumbled around them. That was unexpected, but we’ve always known that a lot of those folks are greedy and self-centered. The fact that many of them would also lie about not being able to play gigs, while willingly continuing to put others in harm’s way is simply morally corrupt, and very disturbing too.

Have you done anything online recently? We had a live stream with Dance System’s System Records, and a video interview with LP Giobbi, which was super nice. It’s been wonderful to do these little things that keep you motivated and keep the fire burning.

Any advice on staying sane & relatively positive through this situation? Take time off whenever you need it because your mental health is crucial. Meditation is key. Try to discover something else you enjoy doing; a new activity can be just what you need to get through it. 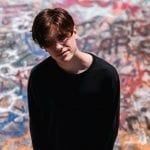 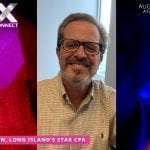