Just ahead of the label’s namesake festival making its debut at the Downtown Las Vegas Event Center next weekend, Insomniac has released the Lost In Dreams Festival 2021 compilation!

Launching to be a new home for emerging talent in the future bass, vocal-driven and melodic dubstep space, this Lost In Dreams compilation give the electronic dance music community a lethal dose of what’s to come from the newly launched imprint and its accompanying festival with a whopping 19-tracks.

Featuring tunes from the likes of Two Lanes, Elephante, Kaivon, Moon Boots and many more!

Having received early support from Seven Lions, releasing on his Ophelia imprint, STAR SEED shares, “We started the STAR SEED project almost a year ago. Having the opportunity in this short amount of time to work with Insomniac on this song and playing the festival is a dream.

“To me, ‘Satellite’ captures the emotion of the excitement of being at a festival, outdoors with your closest friends and strangers (new friends). Laughing, dancing and living life to the fullest. It’s the light that comes after the darkness,” Taylor Kade explains Taylor has provided direct support for other top names in the space such as Jason Ross and Alison Wonderland, with no signs of slowing down. 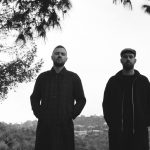 Anti Up Returns With Club-Ready Cut, “Somethings About To Go Down” 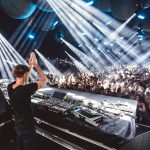