After taking the internet by storm revealing they had a collaboration on the way earlier this week, Skrillex, Don Toliver and Justin Bieber welcome the weekend with their radio-ready single, “Don’t Go.”

After dominating the airwaves back in 2015 with “Where Are Ü Now,” Skrillex and Justin Bieber have reunited with Don Toliver getting in on the action to deliver a captivating pop gem where Bieber and Toliver’s vocals take center stage alongside Skrillex’s immaculate production.

Skrillex tells Apple Music about working with Justin Bieber, “To be honest, before I even worked with Justin Bieber, in that era, I didn’t really pay attention to pop music that much and I wasn’t really paying attention to what was current and relevant and I knew his music and I knew who he was and stuff that. So for me, it’s similar to when Korn called me up earlier in my career and I was just honored just to work with people who were great.”

He continues, “The thing about Justin is if you’ve ever been in the studio with him or seen videos, he’s one of the most talented people in the whole planet so, for me, getting to work with people of that talent always pushes me to do new things. I mean, I don’t if I answered the question. I definitely feel the shift with the first record we did and all that stuff, and I’m just happy to be a part of inspiring people.” 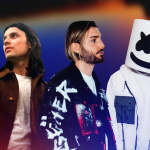 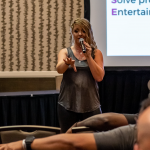