Though the festival grounds remained only a tad wet from the week’s record rainfall – the remnants of Hurricane Ida, which took dozens of lives in the tri-state area – the kids poured in for New York’s first large-scale EDM event in two years. The event was a sellout, according to Electric Zoo officials, which didn’t give attendance numbers. (In 2019, the event’s most-recent version drew over 100,000 fans.)

Some Highlights: On Day 1, Brazilian talent Bruno Martini warmed up the early arrivers on the Main Stage with a quick-mixing set of EDM/pop hits like “Hear Me Now” and “Gone Too Long.” A little later on the Riverside’s pyramid stage, L.A. duo Fatum thrilled trance fans with epic moments in a set that included chestnuts like Massivedrum’s “Love Light” and their own track, “Chocolate.”

For our money, Joyryde won the day with his Main Stage set of buzzy bass house that mixed crowd-pleasers like Stanton Warriors’ “Cut Me Up” and their own soulful bomb, “Madden.” Earlier on the Main Stage, Fisher blasted a jittery set of big-buildup tunes like Chris Lake and Green Velvet’s “Deceiver” and his own cheeky new mover, “Just Feels Tight.”

On the Riverside stage, gardenstate dropped a tasty set of trancey breaks that included its recent collab with GVN, “Take Me There,” plus its superb mix of Above & Beyond’s “No One on Earth,” which climaxed with a manic 303/acid breakdown.

On Day 2 at the Main Stage, Audien mixed up his own catchy tracks like “Buzzing” and “Wayfarer,” the latter of which he mashed up with Above & Beyond’s evergreen singalong “Sun & Moon.” Meanwhile, at the Riverside Stage, Aussie dubstepper Hydraulix blasted the joint with party jams like “Wrench,” his collab with Doctor P, and “Abberate,” Shadient’s manic wobbler.

At the Hilltop Stage, L.A.-based techno talent Rinzen brought the tougher beats to a sun-drenched crowd with a raucous set that included DJ FTB’s ecstatic “Rave Vibe” and Sasha’s sublime remix of RÜFÜS DU SOL’s “Innerbloom.” Festival fan-favorite John Summit rocked a jam-packed Sunday School dropping his chart-topping single “Make Me Feel” and his new collaboration with Sofi Tukker, “Sun Came Up.” The living legend Tiesto would deliver a very special sunset set that welcomed nightfall with an explosive 60-minutes that included his anthem “The Business” which said the main stage crowd into a frenzy before Rezz took the stage for a captivating audio/visual experience unlike any other.

With attendees running on fumes heading into day 3, Electric Zoo goers would close out the weekend with sets from the melodic bass masterminds Adventure Club, dubstep heavyweight Kai Wachi, certified party-starter Destructo and Illenium taking the main stage crowd on an emotional rollercoaster ride serving up a lethal dose of his new album, Fallen Embers. 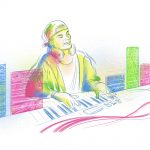 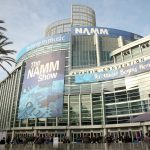 Catching Up With Nicky Romero