After ten years and eight albums, Eliot Lipp is no stranger to electronic music. We featured his remix of El Ten Eleven’s “No One Died This Time” in a #FreePlayFriday roundup last summer, but Lipp has kept busy since then by releasing a considerable amount of original material and a delivering a track on Pretty Lights’ A Color Map of the Sun remix album.

This weekend will see Lipp performing at Tucson’s Gem & Jam festival alongside MiMOSA, Purity Ring and fellow Pretty Lights Music artists Paul Basic and Supervision. We chatted with the Brooklyn-based artist, producer and analog synth aficionado about the festival and his plans for the rest of the year.

DJ Times: You’re playing at Tucson’s Gem & Jam Festival this weekend. What are you looking forward to most?
Lipp: I played down there once before a long time ago; it’s pretty cool because it’s so diverse. You’ll have bands and different DJs, and it’s not all electronic acts. I really like the crossover between DJs, bands, indie stuff, jam bands and hippie stuff. Everyone’s coming into the area for the Tucson Gem and Mineral Show. It’s been a while since I did play it, but I specifically remember it being an interesting mix of people.

DJ Times: What’s your live setup consist of?
Lipp: I use Ableton Live controlled with a Livid OhmRGB MIDI Controller. I also always have a Korg MS-10; just an old analog synthesizer. Sometimes I’ll have a pair of keyboards, but most of the time I’m just using the Korg MS-10.

DJ Times: Your music can be very sample-driven. How do you approach sampling?
Lipp: I don’t have any problems with the copyright violation part of it. I’m not into licensing [my music] and getting it into car commercial or something [like that]. As far as the integrity of the music goes, I’ve always approached sampling like this: I don’t sample a record unless I know I can take that riff or element and put it into a whole new context. I’m not trying to rip anyone off; I just love the aesthetics of sampling.

“It’s crazy how that style of trap has come full circle from almost 20 years ago and is now considered club music.”

DJ Times: Is that why you give a lot of music away for free?
Lipp: By giving away music for free, you’re skipping all of that bullshit and saying, “I’m not taking sides on any of this; I’m just trying to promote my music.” And I mean, I love shows and touring, so I look at my MP3s as flyers for my shows.

DJ Times: What have you been listening to recently?
Lipp: Nick Maclaren’s remix of “UNO” by ฿okeh x Lowquid. I didn’t even know who these guys are, but I heard them in one of Plastician’s trap mixes. It’s this style of trap that reminds me of old instrumental tracks on Three 6 Mafia albums from the 90s. It’s crazy how that style of trap has come full circle from almost 20 years ago and is now considered club music.

DJ Times: What can we expect from Eliot Lipp in 2014?
Lipp: I’m finishing up a new album right now. It’s been in the works for a while; but I’m finally wrapping everything up. I haven’t set a date yet for when I’m going to release it, but it will definitely be this year.

DJ Times: What’s it sounding like?
Lipp: I think it’s funkier. Looking back at [my past albums], I feel like some of my other beats in the past—especially the heavier stuff—are pretty stiff. I’ve been recording a lot of live sounds, both percussion and guitar and I’m not programming as much for the synth parts. I’m trying to humanize the funk. 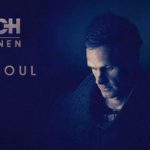 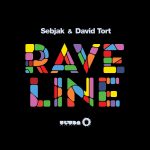