Welcome to the April 2021 edition of “Behind the Wedding Music,” a resource to help build wedding playlists for DJs. Each month we will highlight new songs and include a line of song lyrics, a description of the song’s emotional profile, and a few fun facts — designed to help you advise a wedding couple if they’re looking for something fresh in their playlist.

A special wedding ballad Miller wrote for her husband. She expects couples to use the song for the first dance.

Notable Lyrics: “I promise that I’ll love you / Through the good times and the bad / And I promise to be faithful”

Fun Facts: Miller’s country-pop style was influenced by Carrie Underwood, Faith Hill, Kelly Clarkson, and Adele. While quarantining, live streaming was her thing to do while performing at over 100 live stream concerts.

“Lifetime” is the quintessential love song to play at a wedding whether it be during the ceremony or reception.

Notable Lyrics: “Every dance is slow / Every kiss is woah / They say you know when you know, well, I know / I know you’re the one”

Fun Facts: Bieber’s sixth studio album, Justice, was released in March. Thus far, the following songs have reached the Top 20 in the U.S. “Holy”, “Lonely”, “Anyone”, and “Hold On”. The song “Peaches” is climbing the charts.

The song takes a female perspective by showing a commitment to a new husband to always fight for the relationship, and to value his love, no matter what.

Notable Lyrics: “The truth is, boy, it might take forever but / When it comes to loving you I’m never gonna stop / And that’s the kind of woman you got”

The song represents the idea that if you try hard enough, people in your life can know how much they mean to you.

Notable Lyrics: “You’re the one / Yes, you / Yes, everything / Yes, all there is / Or nothingness”

Fun Facts: Luca’s songwriting is folk rooted with influences from Joni Mitchell to Bob Dylan. The original song was first released on the album Nothing Is Lost on September 18, 2020.

If couples are looking for a song to call their own, this could be it – similar theme as Elton John’s song “Your Song”.

Notable Lyrics: “I can’t promise no fairytale / but you’ll be the queen in any castle I build / Oh, and this is our song”

Fun Facts: If you like Ron Pope, check out two other love songs of his: “A Drop In The Ocean” and “Perfect For Me”.

Steal My Heart Away
The Paper Kites, Ainslie Wills
March 12, 2021

“Steal My Heart Away” is a beautiful love song for indie and folk fans.

Notable Lyrics: “I get lost with you / Steal my heart away / Just tell me that you need me, baby”

Fun Facts: The Paper Kites are an Indie/Folk band originating from Melbourne, Australia. The Paper Kites’ biggest hit to date is “Bloom” released in 2011 and reached certified gold status.

Notable Lyrics: “You’re just like the ocean / I’m drowning in your love / I’m just like a waterfall falling / Falling for you again”

Fun Facts: This marks the second collaboration between LunchMoney Lewis and Meghan Trainor with “I Love Me” in 2016 that was on Trainor’s Thank You album.

Even though CHIKA is categorized as an Hip Hop artist, this song is a soulful R&B love ballad.

Notable Lyrics: “Cinderella, you sound like me / I remember you from my dreams / When I’m with you, you make time freeze”

A romantic country-pop song that describes romance as a timeless work of art.

Notable Lyrics: “I can’t play piano like Ray Charles / But, baby, when my life is through / I hope they say my masterpiece is lovin’ you”

Fun Facts: “My Masterpiece” follows the single “Beers & Sunshine” which was Rucker’s tenth chart-topping country single. The starting point of the song came while learning piano and was asked if he could play and Rucker’s response was “I can’t play like Ray Charles”.

With vibes that will remind you of Coldplay, “If I Didn’t Have You” is an upbeat anthem that reminds us all what is really important.

Notable Lyrics: “Thought I had nothing to lose / But that’s not the truth / I don’t know what I’d do / If I didn’t have you”

Fun Facts: BANNERS’ biggest hit “Someone to You” released back in 2017 has almost reached the billion streams mark.

Notable Lyrics: “Every word that I say / Is coming straight from the heart / So if you tryna lay in these arms / I’ma leave the door open”

Fun Facts: The song will be released on the duo’s upcoming album titled An Evening with Silk Sonic. “Leave the Door Open” debuted at number four and peaked at number two on the Billboard Hot 100 chart. The name Silk Sonic was coined by funk legend Bootsy Collins. 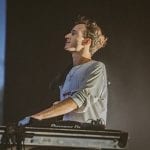 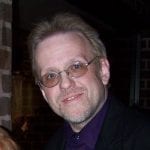