Already widely considered a Dirtybird fan favorite, Steve Darko opens 2021 with his biggest release of his career coming in the form of his debut album, Midnight Swim.

Upholding the same standard of incredible creative quality we’ve seen from the Boston-native in his previous production, his new body of work showcases his production prowess with the majority of the 14-track album being made during the current global pandemic and forced lockdowns.

Check out Darko’s five 5 favorite pieces of studio gear (and why) below. Enjoy!

The Prophet 6 has made its way into the majority of records I’ve done since I bought one three years ago. It’s an absolute workhorse – I use it for pads, leads, bass sounds, blippy stuff, effects, you name it. It sounds incredible and can be as lush or as nasty as you want to make it. Every parameter available on the Prophet is controllable from the surface without doing any menu diving, which makes it very easy to tweak without interruption – for me this is huge for staying inspired while working on a tune or just jamming out. If I could only pick one synth to use this would be the one.

Moog is one of the most iconic and legendary synthesizer manufacturers of all time and the Sub 37 undoubtedly carries that torch forward. It’s my go-to bass synth – the classic moog ladder filter is perfect for LPF sweeps and sounds nearly perfect for making filtered bass sounds. Highly recommend cranking up the multidrive and feedback knobs to push the signal into massive, distorted territory. Also, it comes with a plug-in that can be used to control/automate any of its parameters, which can really come in handy for doing complex automation.

This machine is absolutely wild. It’s labeled as a drum machine and sampler, but it’s really much more than that. It took me close to two years to really understand the Elektron sequencer workflow, but now I’m obsessed. It’s much easier to write more complex, constantly evolving drum patterns and grooves by using parameter locks, trig conditions, and switching up the track length for some tracks to generate polyrhythms. Basically, this means that you can change any parameter for every step in a sequence, and have each step only play only a certain percentage of the time or when certain conditions are met. For the past few months I’ve been using the Rytm during my weekly Twitch show (Darko’s Dungeon on Dirtybird Live) – it’s a blast to plug into a DJ mixer and mix with CDJs during a DJ set.

I got the SQUID as a sequencer for my live setup, which I’ve been trying to expand since I only really DJ from my home studio at this point and have lots of fun synths at my disposal. It’s been a gamechanger for doing live stuff for me – the ability to randomize the steps, notes, and length of a pattern then lock them to a scale has been way more fun and inspiring than I could have guessed. I had the intention of using this mainly in a live context, but have ended up using it on several tracks. Most recently, I used it on Closure, the last track on my album Midnight Swim, where it drove the pad’s chord progression as well as the bassline.

The Microvolt is easily the most unpredictable synth I have, but that’s by no means a bad thing. It’s perfect for making crazy FMey effects, blips, leads, and bass sounds. The filter has a “crazy mode” button that really overdrives the signal and gets the resonance going wild. It has CV ins and outs for most parameters so it can be easily worked into a modular rig or with other semi-modular gear (I patch it in and out of the Arturia Minibrute 2S sometimes). The function generator is really fun to tweak while it’s modulating pitch or filter cutoff since you can control the rise and fall times to do interesting rhythmic stuff or get glitchy as the cycle speeds up into audiorate madness. This synth is perfect for creating some unexpected, interesting sounds that you never knew you needed until hearing. 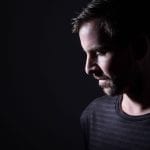 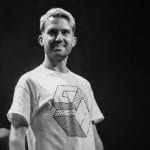 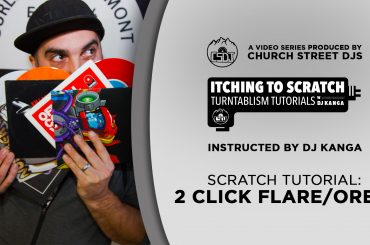