Recently on Randy Bartlett’s Facebook page for 1% Solution, a questions surfaced about what to do when a client insists on an open mic for toasts.

The replies were varied. Judge for yourself.

If one of my couples wants to add spontaneous toasts, I will announce during dinner that they would love to give the opportunity to toast to any guest who is interested. Then, when someone comes and signs up, I can put them in a spot in the order which will still flow (I generally start with the parents and end with Maid of Honor and Best Man.) I show them good mic technique. I explain where to stand. And, because I’ve gathered their names, I can properly introduce them.

Whenever I talk about the fully “open mic” toasts, I note to the couple that it always ends anti-climatically. In my best Ben Stein voice, I say, “Is there anyone else who wants to give a toast? Anyone? Anyone? Well let’s move on to the first dance then.” That usually dissuades them. — Alan Chitlik

Let the guests know that toasts will be starting in 5 minutes. There are x amount of people scheduled to speak and the couple would like to open it up to all of you. If you’d like to say a few words, please come see me to get your name on the list.

This prevents any awkward moments of silence, gives people a few minutes to decide if they really want to speak, and if they do want to speak, they have time to gather their thoughts. — Eric Rhodes

When they insist, I prep the guests during cocktail or ahead of time. I simply say, “the bride and groom want to hear from those of you that want to wish them well. Please advise me if you wish to give a toast and I will add you to our line up of honor friends and family giving a toast.” After toasts are done, I will again open it up and say “is there anyone else I missed. (Short pause) if no one I offer a simple last toast and move on. — Marc Summersett

Our bride and groom would like to open the microphone for anyone to say a few brief words this evening. Who would like to be first? Then wait a second and go No one? Ok, on with the party. — Michael Walter

I’ve only ever had a client insist on this once (surprise surpise, nobody wanted to get up to speak), and I began by inviting anyone who wanted to offer kind words to the couple to come up and use the mic on the stand. We left the floor open for under 2 minutes (which still feels super long in the moment), while I covered some other announcements. Then finished with the BM or MoH or whoever was scheduled to be the “finale” toast. — Ryan DeLap 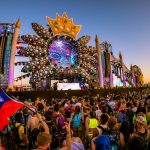 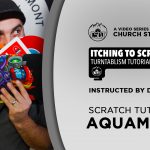