Here’s the September 2021 edition of “Behind the Wedding Music,” a resource to help build wedding playlists for DJs. Each month we will highlight new songs and include a line of song lyrics, a description of the song’s emotional profile, and a few fun facts — designed to help you advise a wedding couple if they’re looking for something fresh in their playlist.

A catchy sing-along song that was reproduced with AJR.

Notable Lyrics: “I’ve got a record player that was made in 2014 / Dyed my hair blue, it came out a seasick sort of green

Fun Facts: The song was first released in 2017 but AJR reached out to Daisy the Great for collaboration. The video for the song is quite impressive with music video blending, live action, and animation directed by Yuval Haker.

The original song was first featured in Disney’s The Little Mermaid.

Fun Facts: Within the first week of release, the song has amassed more than 1 million streams on Spotify. Morgan is a singer-songwriter from Huntsville, AL. He has also had a successful career writing jingles for many national brands.

A mid-tempo country feel-good song talking about the love of his life and how precious she is to him..

Notable Lyrics: “Lighting up the room, the way you’re shining / Everything you do, yeah it’s so timeless, I’m talking priceless / You’re a diamond”

You get to hear the classic sounds of EWF with a contemporary R&B sound.

Notable Lyrics: “It’s good times, tell me babe, what you waiting on? / Your eyes say they don’t wanna be alone”

Many couples choose to play songs that are theme related for the cutting of their wedding cake. R&B fans may select this song to accent the moment.

Notable Lyrics: “Then we gon’ throw on Maxwell, Jodeci / Forever My Lady, like it’s wedding day”

The song is the perfect singer-songwriter love song for a first dance as a married couple.

Notable Lyrics: “You’re everything that I want, but I didn’t think I’d find / Someone who is worth the wait of all the years of my heartbreak / But I know now I found the one I love”

Fun Facts: Kane hit YouTube fame by posting song covers and releasing original songs like “this is what having a massive crush on someone feels like” and has more than half a million subscribers to his YouTube channel.

Notable Lyrics: “Hanging with supermodels (get loose) / Feel like I’ve hit the lotto / I don’t know about you, but I feel good”

Fun Facts: Pitbull is currently on the “I Feel Good Tour” with Iggy Azalea that started August 20th through October 13th.

At 116 BPM, a favorite song to add to your wedding cocktail hour mix set.

Notable Lyrics: “And I think it’s gonna be a long, long time / ‘Til touchdown brings me ’round again to find”

Notable Lyrics: “I got you for the rest of my life / And if all else goes wrong, baby, I’ll be alright / ‘Cause I got you”

Fun Facts: With the release of their new album “Good Things”, the album features a few songs previously released including “10,000 Hours” and “Glad Your Exist”. The never-before-released mid-tempo song “Steal My Love” could be on this list too. Their (Arena) Tour starts September 9th with The Band Camino and Ingrid Andress.

The song tells a story of taking a chance in finding love and how amazing it feels once she has it.

Notable Lyrics: “Eventually, when you came to my rescue (Entirely indebted to you) / Then, naturally, we became inseparable”

Fun Facts: Ortiz is a former member of the Hip Hop group City High. Their most streamed song is “What Would You Do?”.

Another modern disco song that will fill dance floors. Imagine if The Weeknd and Dua Lipa teamed up?

Notable Lyrics: “Baby says take my breath away / and make it last forever”

Fun Facts: People are speculating if the meaning of the song has a connection to his ex-girlfriend Selena Gomez. If you like Gomez, check her acting skills in the new Hulu show “Only Murders in the Building” with Steve Martin and Martin Short. 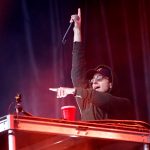 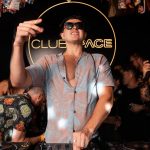