There are many ways to numerically measure a mobile DJ’s set-up. One could start with the number of songs in their collection. Or focus on the number of channels and decks they mix from. Or glance at how many light fixtures they have.

However, one universal number that nearly every mobile DJ understands during each gig is the weight of their set-up. Let’s face it: mobile DJ gear can be heavy. Most turntables can give a gym membership a run for its money, but speakers and PA systems are the king of the weight mountain. I bet dozens of DJs probably contemplate a cubicle-based career when they load and unload their speakers every weekend.

Fortunately, many equipment manufacturers have taken notice of the need to produce speakers that meet the main core requirements for mobile DJs – be lightweight, offer room-filling sound, and be durable enough to survive the rigors of frequent gigging.

Aiming to do just that, Bose introduced the L1 Series of powered, portable speakers 17 years ago. These looked almost unlike anything that had been released before. Instead of a rectangular speaker on a pole, this setup was entirely self-contained: they featured a base section housing a subwoofer and a thin column of drivers rising above from the center of the subwoofer. Although they were undeniably different, the L1 Series attracted a devoted following, and other pro-audio brands began to experiment with this architecture.

Now, perhaps in an effort to reestablish its dominance in the portable-loudspeaker world, Bose has released three new models to the L1 family: L1 Pro8, L1 Pro16, and L1 Pro32.

Each new L1 Pro model offers a slightly different take on the portable PA speaker, but the entire lineup promises world-class sound quality and features wrapped in an impressively portable package. Shared among all three models is a series of technological innovations designed to make them attractive alternatives to more traditional speaker set-ups.

All speakers feature a number of 2-inch neodymium drivers that are distinctively angled to provide 180-degrees of sound coverage. Instead of having a few larger drivers – such as those found on more traditional loudspeakers – Bose opted to put together a veritable orchestra composed of multiple smaller drivers. This, Bose says, leads to better coverage and sound quality. Accordingly, the numbers in each model’s name refers to the number of drivers contained in the line array section: the L1 Pro8 has eight, the L1 Pro16 has 16, and the L1 Pro32 has 32.

I had the opportunity to get my hands on an L1 Pro16, considered to be the sweet-spot of the lineup. This middle child is larger and more powerful than the L1 Pro8, yet is more portable than the L1 Pro32. Both the Pro8 and the Pro16 feature a similar architecture: there is a ground-level subwoofer with a vertical column of drivers rising above.

The Pro32, on the other hand, is a standalone tower consisting entirely of 32 2-inch drivers and it’s sold with a subwoofer. Users of the Pro32 have a choice between buying a system with Bose’s new Sub1 (low end down to 40 Hz) or Sub2 (37 Hz). These bass modules feature the same RaceTrack design and can receive both power and signal directly from the L1 Pro32 via the proprietary SubMatch cable.

These subwoofers can also work with other PA systems by receiving signal through XLR or TRS cables and feature an included pole mount to support a more-traditional speaker. You can even stack multiple Sub1s or Sub2s for additional low-end power.

Portability was a big consideration for the design team at Bose, and I’m pleased to report I was not disappointed. The L1 Pro8 weighs a mere 38.9 pounds, the L1 Pro16 weighs just under 55 pounds, and the L1 Pro32 weighs 28 pounds (it’s just a line array and can work with a separate subwoofer). The Sub1 weighs 35.5 pounds, and the Sub2 weighs nearly 52 pounds.

Carrying the L1 Pro16 was easily a one-person job, either with the line-array section attached or detached. When detached, the line-array section can be stored or easily carried in the included softshell case. Setting up the L1 Pro was a breeze, and the best part was that I didn’t need any speaker stands or tripods. All I had to do was secure the line array into the subwoofer and plug the unit in.

Having said that, I would have liked to see some form of locking mechanism for the line array. While it didn’t seem particularly vulnerable to being knocked from the subwoofer, I couldn’t easily tell if I had secured it tight enough or how much force I needed to disconnect it. Some type of release – like a clasp or a switch – might solve this, and I also wonder if they could have placed a small feedback light on the line array to let users know when it was fully connected and receiving power.

Connections-wise, the L1 Pro series contains everything you would expect from an all-in-one PA solution. All L1 Pro models feature a built-in 3-channel mixer. Channels 1 and 2 can receive signal from combo XLR/TRS jacks, while Channel 3 can receive signal from either a 1/8-inch headphone jack, a ¼-inch TRS jack, or via Bluetooth streaming. Each channel features a dedicated mute button that is backlit when the channel is muted, and Channels 1 and 2 both support phantom power.

Each channel features a rotary knob that can control channel volume, channel treble, and channel bass. On Channels 1 and 2, the knob also controls reverb. Users can switch which parameter the knob is controlling by pressing it like a button. Lights around the knob provide feedback as to what parameter the knob is controlling and what the current level of that parameter is. In my opinion, the knobs could use a bit more resistance – I could see channel levels being dramatically changed if the knobs were accidentally bumped.

Channels 1 and 2 also benefit from Bose’s ToneMatch technology: on the mixer, users can specify if the channel is receiving signal from a microphone or a live instrument, and the speaker will adjust accordingly. The speaker’s output can also be tuned to various equalizer presets, including “Live,” “Music,” and “Speech.” The differences between each of the presets are subtle, but definitely noticeable.

My sense is DJs will mainly stick to the “Music” preset, which delivers a punchy bass. The mixer can send signal out via an XLR line out port, and there is a proprietary ToneMatch port that can talk to other Bose audio equipment, such as the T4S or T8S mixers. There is also a USB C port that can be used to update the speaker’s firmware. Interestingly, I should also mention the on button of the speaker is recessed, which reduces the likelihood of it being accidentally pressed. There is an IEC power port at the bottom of the mixer, which powers the whole unit via the included cable.

All functions on the mixer can also be controlled wirelessly through the free-to-download L1 Mix smartphone app. I had the ability to change channel levels and manipulate the equalizer on all channels with very low latency – I could see the speaker is registering my inputs because the lights on the mixer changed rapidly after I executed a command on the app.

The L1 Mix app also greatly enhances the Tonematch technology. On it, I could specify if a channel is receiving signal from a microphone or live instrument, but I could also specify what particular model of microphone or instrument the speaker is connected to. The engineers at Bose spent a great deal of time tailoring the speaker’s performance to specific products from Neumann, Sennheiser, Shure, Gibson, Martin, and many other brands.

Future updates will likely add more dedicated profiles for various audio products. Users can save specific speaker settings that can be recalled later on. For instance, if a DJ often plays at a specific venue, they can store their speaker settings and recall them every time they play at that venue.

A testament to the angled driver design, my listening experience was equally good when facing the speaker straight on or when listening at an angle. This wide coverage lets the L1 Pro make its presence known within a room.

The Bose L1 Pro series is a different sort of speaker, one that comes from a brand that’s been known to push the envelope when it comes to pro-audio equipment. These speakers would be good choices for bars, lounges, live venues, or mobile DJs, as they could show off a different-looking speaker design from a name that has long been associated with upscale audio equipment. The design of these speakers is also very appealing: it’s a self-contained, sleek, and futuristic departure from the tradition. Well-done, Bose. 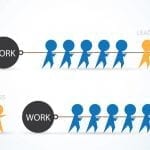 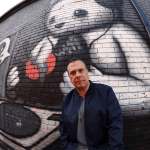