It’s said that time flies when you’re having fun, and boy, how it flies. It just doesn’t seem that long ago that after unsuccessfully trying for years to make electronic music, I decided to try a new piece of software out of Germany that held promise for a different approach.

The year was 2004, and the software was Ableton Live, which had just had its fourth version released. Indeed, Live’s so-called Session View was the “different approach” that finally unlocked my brain and enabled me to successfully make my first forays into music production.

Fast forward to the last time I reviewed Ableton Live: 2018. Could it possibly have been three years since Live 10 was released? It had been five years at that point since Live 9 was kicked out of the nest.

I credit the good folks at Ableton for a couple of things. First, that they seem to take a very slow, deliberate approach to releasing software. Second, in the face of so-called “agile” software development practices that have in turn spawned app stores and the regular update cycles we’re all accustomed to on our phones and tablets these days, and in the face of increasingly popular (but consumer-hostile) subscription-based business models, the company steadfastly sticks to a traditional model, what software people call a “perpetual-license” model. That means you buy the software once and can use it perpetually without paying again. Of course, that means that companies like Ableton have to tempt you every year or two to spend more money on major upgrade releases to keep money coming in the door.

Call me old-school, but I’d rather pay in three-digit chunks every few years than two-digit chunks every single month — with the latter presenting the risk that when I stop paying, I stop being able to work on my own music anymore. That Ableton isn’t holding my music hostage is a plus, but then, so is the array of new functionality that they’ve introduced in the long-awaited Live 11.

Broadening the Range: Perhaps it’s just me, but for the first time I can remember, Ableton seems to be positioning Live as a DAW (digital audio workstation) that’s designed for more than just electronic and EDM musicians. I’ve personally used Live to create electronica, but also to produce beds, bumpers, stingers and other cues for sync; trade-show-presentation background music; and even country music. But Ableton’s positioning always made me feel like it wasn’t really made for what I was doing — even if it was perfectly capable of it.

With Live 11, Ableton has taken a slightly different tack by providing new functionality for capturing the perfect take, something that it seems would be of interest primarily to conventional musicians, such as singer/songwriters. The new take recording and comping feature lets you capture multiple takes of either an audio performance (such as vocals) or a MIDI performance (such as live keyboard playing), then easily choose and commit the best parts of recorded takes. I’ve always found it a bit cumbersome to record vocals in Live, in particular, so this is an especially welcome new capability. Even better? It works beautifully.

Further evidence of the broadened focus might be seen in three new instruments: upright piano, brass quartet, and string quartet — the latter two of which are rarely used in EDM production — but more about those later.

The new linked track editing is a nod to traditional musicians as well, although virtually anyone can benefit; you can link multiple tracks together for performing certain types of edits across them at the same time — a real time-saver for many common DAW workflows.

Do More, More Easily: Of course, a DAW upgrade wouldn’t be a DAW upgrade without some workflow enhancements, new capabilities, and more power — and Live 11 delivers.

One of the features Ableton seems to be focusing on is support for MPE — MIDI Polyphonic Expression. With supported devices and plug-ins, MPE provides the ability to control expression on a note-by-note basis. This means you can, for example, apply a pitch bend to a specific note in a chord, rather than the entirety of the track. This allows you to get the very most out of MPE controllers, like the popular keyboards from Roli. To go along for the ride, Ableton has updated several of the internal synths in Live to support MPE, as well. While I acknowledge the creative potential of MPE, it nevertheless strikes me as having rather niche appeal, but time may well prove me wrong.

Of greater and broader interest will be some of Live 11’s new devices. I’m particularly stoked by the new Hybrid Reverb. Given that reverb is one of the most commonly used and most important tools in a producer’s toolset, focusing some attention here was justified, and the results are superb. Combining both convolution and algorithmic reverbs into a single device, it’s useful not just for the usual workflows, but also for extending the palette of sound-design capabilities on specific instruments or tracks. I was impressed by the depth and range of Hybrid Reverb, but also by Live’s easy-to-grasp controls.

Equally exciting are the creative possibilities provided by Live’s new “Spectral” devices: Spectral Resonator and Spectral Time. It’s challenging to really describe these two tools succinctly. Suffice it to say that both are audio-manipulation tools that deliver a wide range of effects from vocoder-like results to strange reverbs to converting vocal signals into synth-like output. With applications across vocals, percussion, as well as synths and conventional instruments, I can already envision myriad uses not just in electronic music, but also in scoring, sound-effects creation, and when used sparingly, they can add dimension to even the most-staid of musical styles. 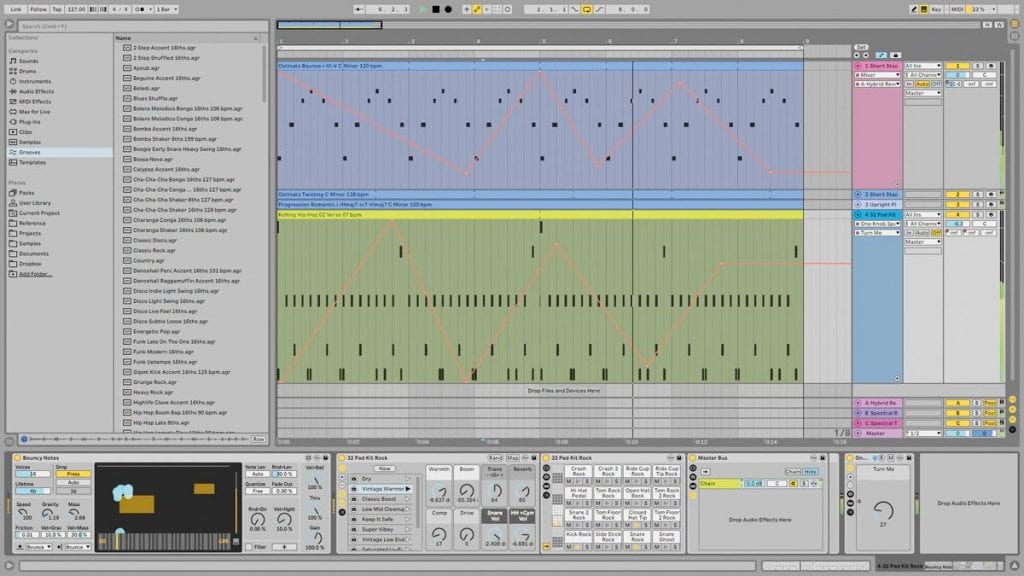 The aforementioned upright piano, brass quartet and string quartet lead the pack — well, let me stop there, because “pack” means something else in Live, and there are some new packs as well: Voice Box, Mood Reel and Drone Lab. Of those, I really fell in love with Voice Box, which takes the usual oohs and ahhs that have been familiar for decades and reimagines them as an extremely fun collection of vocal snippets that I can find endless uses for.

Mood Reel, as the name suggests, provides an array of layered sounds that can be used to add texture and space to a song. Drone Lab didn’t appeal as much to me personally, but is nevertheless an interesting collection of sounds.

Conclusions: Of course, I’ve barely scratched the surface. Ableton has also included some new updates for their Push controller hardware, the firmware of which will be automatically updated when you run Live 11. Ableton’s also added more capability to Max for Live, made myriad spit-and-polish improvements (better clip editing, improved CPU metering, etc.), as well as refreshing their core library, giving some packs some updates, and rolling out a wide range of UI enhancements, as well that make the software more pleasant to use while still keeping Live, Live.

After using the beta version of Live 11 for weeks now, I can also report that Ableton has done its usual excellent job on the stability front. I’ve very rarely had crashing issues in Live in the many years I’ve used it, and when there have been issues, it’s generally been the fault of a third-party plug-in. That’s a track record that I continue to highly value.

New purchases of Ableton Live 11 range from $99 to $749, depending on edition, while upgrade pricing depends on the version of the software you’re currently running and can be obtained by logging into your Ableton account. It goes without saying, too, that the functionality I’ve described may vary depending on the edition you’re running.

Regardless, Ableton has once again delivered a significant upgrade that, for me, anyway, more than justifies the cost. And a side benefit? It’s already prompted me to spend a whole lot more time in my studio, and that’s always a good thing. 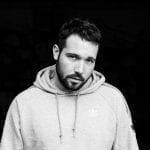 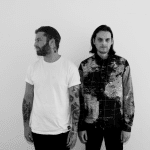