Here’s the May 2021 edition of “Behind the Wedding Music,” a resource to help build wedding playlists for DJs.

A beautiful love song that was made specifically for the first dance.

Notable Lyrics: “I know that it was meant be / You were made to sweep me off my feet and / I was made to love you”

Notable Lyrics: “Baby are you with me? / Do you forgive me? / You’re the one I wanted, want now, want when I am old”

Fun Facts: The song’s video follows choreographed dancers as they age at several stages in their life.

The song describes a relationship that didn’t go as expected and trying to get back together – saving their tears.

The song features romantic characters in movies including The Notebook, Dirty Dancing, and The Beauty and the Beast for a love story.

Fun Facts: The song went viral when released on TikTok and now has nearly 500,000 likes from more than 3 million views.

A dedication from the Country legend to his daughters for their weddings.

Notable Lyrics: “No matter where you are / You’ll always be my baby / Forever in my heart”

Fun Facts: Jackson has three daughters: Mattie, Ali, and Dani. The official lyric video showcases a slide show of the girls growing up.

A catchy pop rock tune that will have everyone singing along and tapping their feet.

Notable Lyrics: “’Cause I’m low-key / Low-key in love with her / I keep biting my tongue / So I don’t say it in front of her”

Fun Facts: “‘Low Key In Love’ was written after a date in Los Angeles at 70’s retro bar, Good Times at Davey Wayne’s,” said frontman Luke Spiller (via Classic Rock). The same night Jackson played an acoustic set that the lead singer fancied and gave him an inkling to include her as a duet.

A romantic love story that will remind you of Ed Sheeran and James TW.

Notable Lyrics: “If heaven’s a place then it was made for two / I swear that you’re perfect / I don’t deserve this night with you / But I’d love to / Spend my life with you”

Fun Facts: The song marks the first single to be released as an independent artist while utilizing YouTube as his primary platform to get music shared. The YouTube video was directed by Maynard.

If You Love Her
Forest Blakk, Meghan Trainor
April 9, 2021

Duets make for some of the best romantic wedding songs. Remember Calum Scott and Leona Lewis’s song “You Are The Reason”?

Notable Lyrics: “Let your arms be a place / She feels safe in / She’s the best thing that you’ll ever have / She’ll love you / If you love her”

Fun Facts: The collaboration sparked after Trainor sent a message to Blakk that she was a big fan of his.

The Surfaces released this airy and free indie pop song that can set the vibe of happiness and love.

Notable Lyrics: “I don’t know how I can be so drawn into you / I think I’m fallin’ in deep / I think I’m caught up in the wave of you”

A mid-tempo pop alternative rock sound that marks the date that John O’Callaghan became twitterpated over his now wife.

Notable Lyrics: “When I’m with you well it’s just like it’s the first time / April 7th never meant as much as that night”

The song celebrates getting together with family and friends after being confined in our homes and having a good time with them.

Notable Lyrics: “This party a world reunion (yeah) / Let’s reminisce on all of the times (well) / We shared through all the years”

Fun Facts: The legendary group has had many hits including “It’s Your Thing”, “This Old Heart Of Mine (Is Weak For You)”, and “Shout, Pts. 1 & 2”. In a recent Verzuz battle hosted by Steve Harvey, The Isley Brothers defeated Earth, Wind & Fire. 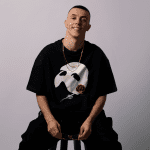 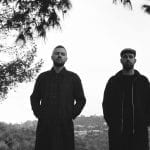