Intuitively, the design of the original RANE TWELVE and this second generation make a lot of sense: you get the feel of playing on real, moving vinyl without many of the hassles that come with traditional turntables. RANE’s parent company, inMusic Brands, is no stranger to motorized DJ equipment. Its brands were responsible for the Numark NS7 series, the Numark V7, and several motorized media players from Denon. It’s clear inMusic involved the right expertise when making this controller.

The biggest update to this second generation is the addition of RCA outputs. These allow the TWELVE MKII to send control tone to a DVS-capable mixer, acting like a turntable with a control record. In this mode, the TWELVE MKII loses some MIDI functionality, but users gain the flexibility of being able to easily integrate the device into DVS setups. (In addition to Serato DJ, it controls VirtualDJ, Traktor and other DJ software). When connected as a MIDI controller, the TWELVE MKII can control up to four different software decks. This feature means that, with some practice, it is very possible to DJ with just a single RANE TWELVE MKII and a mixer for Serato DJ.

I should mention there is a knob for scrolling through libraries and tracklists in Serato DJ and a button to trigger instant doubles. The touch-sensitive strip at the top of the unit also allows DJs to control up to eight hot cues and scrub through a track. Next to the touch-sensitive strip is the pitch fader, which has a long throw and clicks when centered. Below the touch strip, there is a small OLED screen that can display track BPM and whether the unit is functioning as a controller or sending DVS signal. In controller mode, this screen can also display track BPM.

The inputs and connections are somewhat hard to reach. Instead of having the inputs and outputs on the side, they are located in a cutout underneath the TWELVE MKII. This took some getting used to and meant that I could not quickly plug or unplug any cables or change the motor torque setting on the fly without picking up the unit. However, I can see why RANE did this. Having the connections on the bottom prevents them from being easily damaged and decreases the likelihood of something coming unplugged during a performance. In this panel, there is an RCA connection for sending control tone to a DVS mixer, a connection for an IEC power cable, a two-position switch to change the torque of the motorized platter, and a USB type B port to connect the TWELVE MKII to a computer running Serato DJ.

Playing with the TWELVE MKII is, above all else, fun. It does a good job faithfully recreating the feel of using a turntable, while peppering in the bits of modern software DJs want from their hardware. I’m a fan of playing on motorized platters, but I want the features found on controllers and in DJ software to add complexity to my performances, and I felt that the RANE TWELVE MKII gave me the best of both worlds. The TWELVE MKII has a digital heart, but an analog soul. 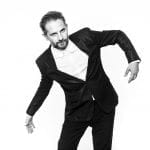 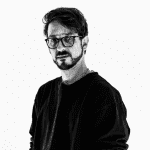