Welcome to the February 2021 edition of “Behind the Wedding Music,” a resource to help build wedding playlists for DJs. Each month we highlight new songs and include a line of song lyrics, a description of the song’s emotional profile, and a few fun facts — designed to help you advise a wedding couple if they’re looking for something fresh in their playlist.

The song speaks about connecting with loved ones and being with your lover even through the worst. A mid-tempo love song for weddings.

Notable Lyrics: “All I know is love, for you, it’s real / It’s differеnt from anything that I thought I’d feel / Don’t you worry, I’ll be there whenever you want me”

Fun Facts: The song was first released on Pink Sweat$’s album “The Prelude” in July 2020. However, Kelani was recruited for a remix duet of the song. The original song has amassed more than 100 million streams worldwide. To celebrate the release of his new album, PINK PLANET, Pink Sweat$ is performing two livestream shows the day the album is released February 12th.

If the bride’’s father figure is a step father or a man who loves her as his own, “Step by Step” makes for the perfect Father-Daughter dance song.

Notable Lyrics: “They’re growing up and I’m growing old / Making memories we’ll always hold / But I thank God for sending them my way”

Fun modern swing songs are a gem and this one is a popular hit to add to your wedding playlist.

Notable Lyrics: “I love the way you’re livin’ / ‘Cause you’re so genuine / You got that something special / Didn’t you know? /I just need you”

Fun Facts: The song has already amassed more than 1.8 million YouTube views. You may know Batiste as the bandleader of “The Late Show with Stephen Colbert”. His new album, WE ARE, is due out March 19th.

A mid-tempo party banger to celebrate wedding love in the summer sunshine.

Notable Lyrics: “No one else gon’ get it like that / So why argue? You yell, but you take me back / Who cares, when it feels like crack?”

Fun Facts: The song was produced by Orlando, FL DJ Amorphous. DJ Amorphous became known from his irresistible remixes of Luther Vandross’ “Never Too Much” and Rihanna’s “Kiss It Better”.

A bluesy, folk, country cover of a wedding classic.

Notable Lyrics: “The bright blessed day, the dark sacred night / And I think to myself what a wonderful world”

Fun Facts: The song was first released in 1967 by Louis Armstrong as a single, which topped the U.K. Pop Charts. It was also featured in the movie Good Morning, Vietnam, in 1988 starring the late Robin Williams. Louis Armstrong’s version was inducted into the Grammy Hall of Fame in 1999.

A love story describing a delicate new relationship but one that will stand the test of time.

Notable Lyrics: “You are the reason I never think twice / Wherever we go, what glitters is gold / You’ll be my best friend until we grow old”

Fun Facts: This is not the first time the duo has collaborated. Indie artist Chelsea Cutler created her 2019 album Brent EP alongside fellow singer/songwriter Jeremy Zucker.

A mid-tempo Country love song made for a wedding playlist. The song depicts a one-of-a-kind love that led to his wife.

Notable Lyrics: “And when kingdom comes and we close our eyes / And it’s all the same on the other side / I think I’m gonna like forever / If this is how it’s gonna be”

Fun Facts: The song is part of his new six-song The Pink Slip EP released January 2021. You may remember Dawson from his 2018 Platinum-certified hit “All On Me”.

A “stripped down” acoustic version of their hit song released on the 2020 album Burn It at Both Ends. A perfect song to play as the bride walks down the aisle.

Notable Lyrics: “My heart starts to beat, out of my chest / Harder and harder the closer you get / Baby, I fall, every time you walk in a room”

Fun Facts: Tour dates on their website start on February 25, 2021 in San Antonio, TX. Both artists and fans are looking forward to live performance again soon!

Tell Her You Love Her
Echosmith feat. Mat Kearney
(January 8, 2021)

Since the song was first released in 2013 by Echosmith on their Talking Dreams album, the song has been a wedding love song favorite for indie music fans.

Notable Lyrics: “She’ll tell you all her hopes and dreams / You’ll tell them too / When she says she loves you / Tell her you love her too”

Fun Facts: Echosmith is a quartet of siblings. They are big fans of singer-songwriter Mat Kearney and recruited him to join on a new version of the song.

Notable Lyrics: “’Cause we’re living in a world of fools / Breakin’ us down / When they all should let us be / We belong to you and me”

Fun Facts: The song was first released as a single in 1977 and on the Saturday Night Fever Soundtrack. The song topped the Billboard Hot 100 in the same year.

A mid-tempo love song that tells the story of love being the cure for whatever ails you.

Notable Lyrics: “The only one I’m thinking of, yeah / The cure, there’s no one above you / ‘Cause I’m in love, you already know”

Fun Facts: Nao is based in London and Adekunle Gold is Nigerian signifying we are connected around the world. 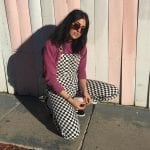 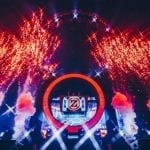