Welcome to the March 2021 edition of “Behind the Wedding Music,” a resource to help build wedding playlists for DJs. Each month we will highlight new songs and include a line of song lyrics, a description of the song’s emotional profile, and a few fun facts — designed to help you advise a wedding couple if they’re looking for something fresh in their playlist.

I’ll Stand by You

A duet cover to the Pretenders’ hit song first released in 1994 that peaked at #16 on the US Billboard Hot 100.

Notable Lyrics: “Nothing you confess / Could make me love you less / I’ll stand by you”

Fun Facts: The song was released on Groban’s ninth studio album Harmony. Helene Fischer has the second most successful song in German history with “Atemlos durch die Nacht” (Breathless Through the Night).

A dance-pop song to play as a background song during cocktails or dinner.

Notable Lyrics: “It takes two / Cause all I want is you, is you”

I Found A Love (Live at Levon Helm Studios)

Jose and Taali are a married couple and created this romantic love song.

Notable Lyrics: “I found a love / That lifts me up / You see my weaknesses and stay no matter what”

Fun Facts: José James and Taali are also the founders of Rainbow Blonde Records. The song was recorded at Levon Helm Studios which is owned by Levon Helm, drummer for The Band.

Love Songs Ain’t for Us

As the song title portrays, you may not think it is a love song about being in love, but it is!

Fun Facts: Shark collaborated with Ed Sheeran to write the lyrics to the song. Both Urban and Shark are Australian and have worked together in the past.

A beautiful and romantic slow song to add to a wedding playlist.

Notable Lyrics: “My love will follow you / In the ups and downs / I’ll be the hand you hold on to”

Fun Facts: Dave Barnes and Jon McLaughlin started a podcast titled Dadville about the journey of life, love, and the pursuit of dad-ding. Barnes is a Nashville-based singer-songwriter. You may know Barnes from his mega wedding hit “God Gave Me You” released in 2010 and covered by Blake Shelton.

A country love song that could make the list as a first dance song.

Notable Lyrics: “From now ’til forever, something you can count on is / I’m always gonna love you”

Fun Facts: “Always Gonna Love You” was released on their new album Life Rolls On.  The debut of the album was live with a release party on iHeartMedia.  The event streamed on LiveXLive and broadcast across iHeartMedia’s Mainstream Country radio stations.

The song celebrates having a lifelong romantic relationship.

Notable Lyrics: “But a symphony played when you told me your name / And I took that as a sign / Will you be my beginning, my middle, my end?”

Fun Facts: The song was featured in the Netflix film To All The Boys: Always and Forever.  Nobel has an alter music artist ego, Hael, that has been featured in ad campaigns for Apple, Toyota, DSW, and TV show Grey’s Anatomy.

The song was first released by Paul McCartney and Wings in 1976. An uptempo love song to keep the mood up during a wedding reception.

Notable Lyrics: “Some people wanna fill the world / With silly love songs / And what’s wrong with that? / I’d like to know / ‘Cause here I go again / I love you”

Fun Facts: McCoo and Davis are a married couple and are members of the group

The 5th Dimension.  The 5th Dimension’s biggest hits included “Wedding Bell Blues”, “Medley: Aquarius/Let the Sunshine In (The Flesh Failures)”, and “One Less Bell to Answer”.

The song is inspired by Drew’s fiancée Katie as a country love song.

Notable Lyrics: “Little white church on hometown dirt / Down the aisle white dress, I do, that’s you”

Fun Facts: The song went viral on TikTok and Instagram by gaining more than 4 million views combined within a few days after posting.  The couple is planned to be married in May.

A mid-tempo song perfect for keeping the mood high on love as a background song.

Notable Lyrics: “I got a Plan A, and I got a Plan B / And if it’s absolutely necessary, we’ll go to Plan C / Whatever I gotta do to be with you”

Fun Facts:  The song will be released on their new album Obviously on March 12th.  The group is a quintet that showcases versatility in music combining jazz, rock, country, bluegrass, and hip hop.

Another mid-tempo love song that describes a forever love and one of gratitude to your lover.

Notable Lyrics: “Take a moment just to take it in / ‘Cause every high and every low led to this / I’m just so glad you exist”

Fun Facts: Dan + Shay cannot wait to get out on the road and play this song as described as “playing middle of the arena, turn all the house lights on, and this is just one big, feel-good sing-a-long”. 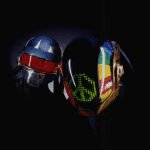 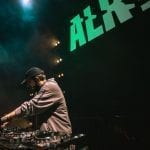 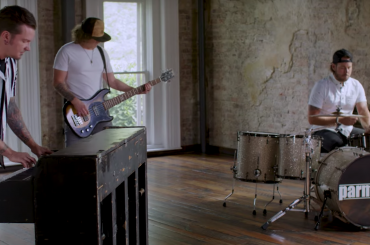 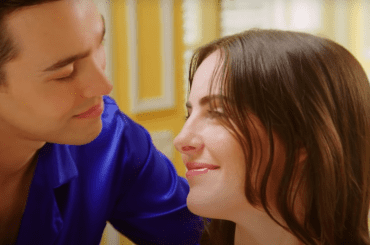 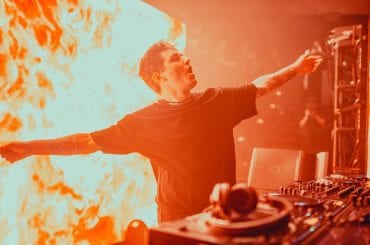