Keeping things consistent with the release of yet another single following “Alive” and “Next to Me,” RÜFÜS DU SOL‘s latest offering “On My Knees” comes alongside the announcement that the Grammy-nominated trio have an album on the way.

Serving as their fourth studio album, their third single of their forthcoming body of work is a brooding production which toys with honest emotions and aching lyricism.

“For this song we had a lot of fun writing something that was darker, driving and a little more edgy. It’s definitely one of the most banging tracks on the record – we referenced some of our favourite club music for the drum programming and had fun envisioning the time when we could finally play this live. It had an amazing reaction at our Red Rocks shows last month which was really special for us.” James Hunt of RÜFÜS DU SOL explains.

Alex ‘Katzki’ George comments on the music video, “It was the first time the band had played it live as well as the first time we’d seen it and it took on a life of its own. It felt very raw, but like us in our element. There was a really great energy in the room from all these people who were there working on our live show, and switching tracks in order to shoot this seemed to get the best out of everyone. It was so captivating that what we thought was going to be a full animation clip became mostly a performance clip.”

Check out RÜFÜS DU SOL’s latest album single “On My Knees” and keep an eye out for Surrender which is set to be released October 21st. 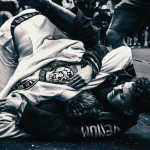 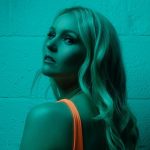